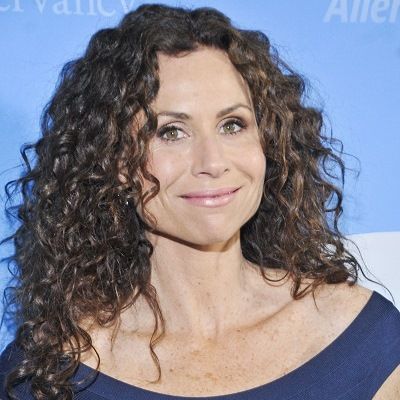 People go 'You look a lot like Minnie Driver.' Once I said, 'Thanks, Minnie is a great actress.' But, it blew up in my face. This person said, 'Nah, didn't like the last movie she did.'

Visiting factories in Cambodia: "Every time companies squeeze to get lower production costs, faster production, it's nobody but the working women who suffer and their families back at home."

I box as a sport, but I'd never box with a man. I'm not afraid of getting hurt. Quite the opposite: I'm afraid I'd get carried away and hurt the guy.

Minnie Driver is reported to be one of the countless women with whom the rock legend and The Rolling Stones frontman Mick Jagger had an affair.

She and actor John Cusack fell for each other while playing the lead characters in the 1997 movie, Grosse Pointe Black.

Minnie fell in love with actor Matt Damon while working with him in his movie Good Will Hunting. However, the end of their affair was rather messy and harsh on Minnie as Matt decided to use The Oprah Winfrey Show as a forum to announce that he was single. That was the first and last time Driver got to know the status quo of her relationship.

Minnie started dating Josh Brolin after working with him in straight-to-video flick Slow Burn in 1998. In January 2001, they got engaged. However, plans to hold the wedding at a clifftop estate, where Josh’s father had got married, were scrapped as they broke the engagement in October 2001. Minnie Driver had a steamy fling with American rocker Chris Isaak in 2001. They were spotted getting cozy backstage at Chris’ concert in Canada. Minnie began a rebound affair with much older actor Harrison Ford in November 2001 after meeting him at a mutual friend Timothy White’s art show at a Los Angeles gallery.

Minnie went out with Friends star David Schwimmer after they got close while working in 2005 London Play, Some Girl(s). Driver started dating Las Vegas-based magician Criss Angel. In September, Criss proposed to her during a romantic holiday in Mexico.

However, she was unlucky in love again as Criss dumped her for Cameron Diaz. Minnie had a short-lived affair with television executive Timothy J. Lea, which led to her being pregnant with a child. In September 2008, she gave birth to a son, Mark.

Driver got herself a hunky, toyboy boyfriend Matthew Felker. She was spotted on a number of events with him as well as holidaying in Barbados in April 2012. Driver was reported to be dating singer Elliott Smith after they were pictured holding hands while having lunch.

Minnie first met Elliott while working in Good Will Hunting and thereafter became close friends. Elliot did the music for the movie. Minnie debuted her new relationship with billionaire Ryan Kavanaugh at the Golden Globe Awards held in January 2014.

Who is Minnie Driver?

Minnie Driver is an English-American actress and singer-songwriter. Likely, she has also been nominated for the Academy Award for the best-supporting-actress and a screen actors Guild Award in Gus Van Sant’s Good Will Hunting (1997) for her role as Skylar.

Minnie Driver was born in Marylebone, City of Westminster, England on January 31, 1970. Her birth name is Amelia Fiona Driver.

Talking about Minnie’s education history, She was sent to Bedales School, Hampshire, as a border.

Then, she attended the Webber Douglas Academy of Dramatic Art, and Collingham College, an independent college in Kensington.

Talking about her profession, Minnie Driver appeared in a minor role in a TV series in 1990. Her career took off in 1991 with a TV commercial ad for the ‘Right Guard’ deodorant. In the same year, she made her first stage appearance. Her name popped up on TV now and then due to a small part in the series ‘Casualty’.

At the same time, her name became associated with the famous comedians Armando Iannucci and Steve Coogan. Other sitcoms where she appeared were `Love Joy’, `The House of Eliott’, and `Peak Practice’.

The movie ‘Circle of Friends’ released in 1995, found her many admirers as she played one of the lead roles alongside Chris O’ Donnell. In the subsequent years she played roles in the blockbuster movies, `Sleepers’ and `Grosse Pointe Blank’.

The late 1990s saw her appear in a number of hit movies like ‘Hard Rain’ with Morgan Freeman and Christian Slater, ‘The Governess’, and ‘An Ideal Husband’. The well-liked ‘Will & Grace’ TV comedy series witnessed her act in a persistent role as the character Lorraine Finster.

Whereas, some of the movies she acted in from 2000 onwards are ‘Return to Me’ followed by `Owning Mahowny’, `Ella Enchanted’, `The Phantom of the Opera’, `Delirious’ and `Take’.

Moreover, her association with the TV series ‘The Riches‘. Minnie Driver also appeared in the recently aired ‘About a Boy’ NBC series in 2014-15. She also acted in the film ‘The Crash’ directed by Aram Rappaport, released in 2017.

In the year 1997, Minnie Driver appeared in a major role in the movie ‘Good Will Hunting’ which also starred Robin Williams, Matt Damon, and Ben Affleck. The film was a critical as well as commercial success and made Driver a well-known name.

She won Best Actress for Take (2007) at Slate Award, she won Most Promising Actress for Circle of Friends (1995) at the CFCA Award. She also won Best Supporting Actress – Short for Laboratory Conditions (2017) at FilmQuest Cthulhu.

In addition, she won Best Performance by an Actress in a Supporting Role for Barney’s Version (2010) at Genie Awards. Likewise, she won British Supporting Actress of the Year for Grosse Pointe Blank (1997), Big Night (1996), Sleepers (1996).

She has an estimated net worth of around $20 million (as per 2020 data) and she has earned that sum of money from her professional career.

There was a rumor about Minnie that her name was linked with the lead actor Matt Damon. Another rumor was she was pregnant. Currently, she is far from rumors and controversies.