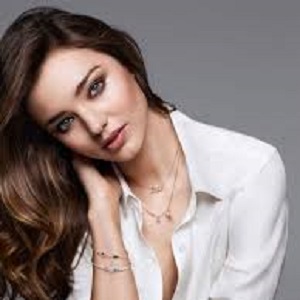 Every day, I like to wake up and remind myself to be grateful of the simple things

I think for any relationship to be successful, there needs to be loving communication, appreciation, and understanding

I'm doing my best to raise my son and give him a nurturing, loving, and caring environment so he can grow up and be the best version of himself.

What is the relationship of Miranda Kerr?

The wedding took place in May 2017 in a private small ceremony at Evan’s house in California. The two were engaged in July 2016 and were dating for the last 2 years.

She is now pregnant with her husband Evan and is expecting a baby in 2018.

This time while she was pregnant, she took extra care of herself by eating and exercising well to have a very healthy pregnancy.

The baby has arrived on 9th May 2018, Wednesday at the Cedars-Sinai Medical Centre in Los Angeles.

It’s a baby boy and they have named their child, Hart which is kept after Spiegel’s grandfather.

She was earlier married to actor Orlando Bloom in 2010, but couldn’t continue their marital life and got separated in 2013.

She has one son named Flynn with Orlando.

Who is Miranda Kerr?

She is the charming fashion model that became popular in 2007 after she was featured as one of Victoria’s Secret Angels.

She was the first Australian Victoria’s Secret model and represented Australian Department Store.

What are the birth facts of Miranda Kerr?

Miranda Kerr is the daughter of Therese and John Kerr. She was born on 20 April 1983 in Sydney, Australia, and raised in New South Wales.

Kerr’s nationality is Australian and she belongs to the Mixed (English, Scottish, French, and Irish) ethnicity.

She has a brother, Matthew who is younger than Kerr. During her childhood she had lots of fun on her grandfather farm; she raced motorbikes and rode horses.

Talking about her academic qualification she studied nutrition and health psychology. And graduated from All Hallows’ School before pursuing the modeling field.

As soon as she entered the teenager, she appeared as a winner of the ‘Dolly Magazine’ modeling competition. Then she entered into a modeling career and signed a contract with the Australian clothing company ‘Billabong.

And she was also engaged in runway modeling and signed a contract with Next Model Management.

In New York, she modeled for the clothes designed and seen on the reality show. She began modeling for various clothing brands and played the advertisement.

Some of the companies that she worked for include Victoria’s Secret vogue, Roxy, Dolly, etc.

She was a gorgeous model that appeared in the television series How I Met Your Mother from which she gained a lot of popularity. She has been securing a rank in the ‘FMH’ magazine’s list of ‘100 Sexiest Women’. And she is also named as the sexiest alive woman in 2012 by U.K magazine.

Miranda Kerr: Salary and Net Worth

Australian model Kerr estimated net worth of $ 60 million as of 2022.

Is Miranda Kerr involved in any rumors and controversies?

Miranda was rumored in 2013 that Miranda Kerr has been dropped from the prestigious Victoria Secret project, but she addressed it and said that the rumors were false.

After her break-up with Orlando, she was rumored to be dating James Packer.

But she denied any such relationship. Kerr was also gifted expensive jewelry by the Malaysian financier and business tycoon Jho Low who is now under investigation for money laundering and fraud.

She had also stayed on his yacht near Greece. Miranda had to return all the jewelry to the agencies investigating the money scandal.


Miranda has a height of 5 feet 9 inches and weighs 53kg.

Also get to know more about the birth facts, education, career, net worth, rumors, height, and social media of different personalities like Kaia Gerber, Yoanna House, and Frankie Rayder.

All We Need To Know about Katy Perry and Miranda Kerr’s Friendly Relationship!