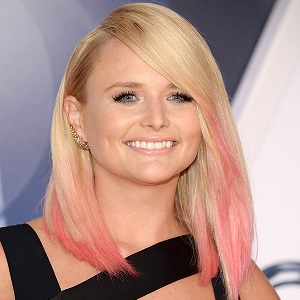 If you don't stand for something, how can anyone respect what you do?

I don't mind having a big butt - they're back in style. But I do a lot of squats to make sure my booty's not dragging on the ground

Falling in love is awesome, but I'm never drawn to happy songs per se, so whenever you sit down to write a heartbreak song and you're happily in love, it's like, 'OK, now I have to go back to a sad place to get something good.'

What is the relationship of Miranda Lambert?

Somehow their married relationship couldn’t last for long and eventually, they broke off their marriage on 20th July 2015.

After getting divorced from Blake she started dating R&B singer Mike Anderson but they also broke up.

At present, she is married to Brendan Mcloughlin. They exchanged vows on 26 Jan 2019.

Who is Miranda Lambert?

Miranda Lambert, two Grammy Award-winning American country singers, and songwriters. She is famous as a member of Pistol Annies. Her debut album Kerosene went on to be certified platinum in the United States.

Miranda was born as Miranda Leigh Lambert on 10 November 1983, in Longview, Texas. Her nationality is  American and her ethnicity is English, Irish, Scottish, Welsh, German, French, and Dutch.

She grew up in Lindale. She began playing music in childhood and entering talent competitions.

She got fond of music when she along with her parents went to attend a Garth Brooks show. She was taught about singing by his father and he even taught her how to use a gun when she was young.

Being focused on music she even graduated early from high school to pursue her dream.

Miranda Lambert made her professional singing debut with ‘The Texas Pride Band while she was still in high school.

But before coming to fame she was still woodshedding her skill learning, writing her own songs, and performing at the local places.

Later she auditioned for the singing competition launched by USA Network in search of American Idol. She went on to the final on that show but ended up third.

Although she was third she got a chance to sign a contract in September which transfer her to Sony Nashville.

Lambert was helped by her family financially to make a CD of her first album gaining the first professional gig as the vocalist of the prestigious Reo Palm Isle Ballroom.

Later in 2005, she released her debut album ‘Kerosene’ which got a massive success. Her career started to blossom since then gaining her name and fame.

On April 2, 2011, Lambert debuted with a new group Pistol Annies consisting of three members Ashley Monroe, Angaleena Presley, and herself.

She has a net worth of $40 million but her salary is not revealed yet.

Seeing her performance in her field we can assume that she has not been in any huge rumor or scandal.

Miranda Lambert has a height of 5 feet 4 inches. Her body weighs 62kg.

Besides these, her body measurements are 37-27-35 inches.