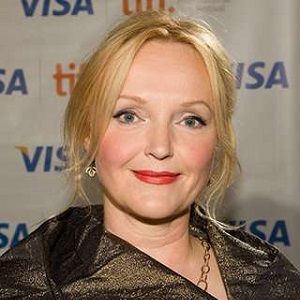 Miranda Richardson is single now. Moreover, she isn’t seen to be in a romantic relationship with anyone. Though different rumors can be found clarification are not made yet.

Who is Miranda Richardson?

Miranda Richardson is one of the well known British actresses. She is popular for portraying the character of Ruth Ellis in the 1985 Brtish Drama movie, Dance with a Stranger. She is also the recipient of BAFTA Award for Best Supporting Actress for her role of Ingrid Thompson-Fleming in the 1992 British-French film, Damage.

Miranda was born on 3 March 1958 in Southport, Lancashire, England, Miranda.  Her father, William Alan Richardson was a marketing executive, while her mother, Marian Georgina (Townsend) was a stay-home mom. The actress has an older sister named Lesley Richardson, who is a Podiatrist by profession. Miranda is eight years younger to her sister, Lesley.

Her nationality is British and ethnicity is English.

She has earned her degree in Drama from Bristol Old Vic Theatre School. Other information regarding her educational background is unknown.

Miranda made her big-screen debut in 1985 playing Ruth Ellis in the biographical drama Dance with a Stranger.

In 1993, she won her first Golden Globe by clinching the Best Actress in Motion Picture Musical/Comedy Award for her portrayal of Rose Arbuthnot in the movie Enchanted April.

Two years after her first win, she would win another Golden Globe for her supporting role in the British TV series Fatherland. She also won a BAFTA for Best Actress in a Supporting Role for Damage.

As of her latest projects, she starred in two movies Churchill and Stronger in 2017; in the 2018 British TV series Girlfriends as Sue Thackery and in 2019 is set to star in the six-part tv series Good Omen which is based on the 1990 novel Good Omens: The Nice and Accurate Prophecies of Agnes Nutter, Witch.

As of more updates on her upcoming projects, she has signed on for the English-language remake of Un Certain Regard winner “Rams.” She will be playing Kat, the local veterinarian of a sheep-farming town hit by a rare disease affecting the flocks of estranged brothers Colin and Les.

In 1993, she won her first Golden Globe. And Two years after her first win, she would win another Golden Globe for her supporting role in the British TV series Fatherland. She also won a BAFTA for Best Actress in a Supporting Role for Damage.

This actress has accustomed the net worth of $8 million from her acting career since 1979. She added a significant receipt playing the part of Rita Skeeter in the 2005 Fantasy film, Harry Potter and the Goblet of Fire. The movie was made on a massive budget of $150 million that later took the box office by storm and collected $896.9 million.

Mirando also further elevated her wealth from her role portrayal of Lady Ashford in the British Period Drama, Belle released in 2013.

There were rumors that she is marring to Mr. Bean fame actor Rowan Atkinson. But it is not confirmed by both the parties.

Miranda Richardson stands at a height of 5 feet 8 inch. Likely her weight is 60 kg. Moreover, she has blonde colored hair and green colored eyes.