Mirelly Taylor is a renowned Mexican film and television actress. She is married.

Mirelly Taylor is currently having a happy conjugal life with her husband and a daughter. She is married to actor Brian Tee. He is a Japanese-born American actor who is best known for his prominent role as Dr. Ethan Choi in the NBC medical drama, Chicago Med.

Together the couple has a daughter named Madelyn Skyler Tee who was born on August 10, 2015.

Furthermore, the couple keeps a lowkey profile when it comes to their private life so they haven’t yet shared their relationship details like when and where they met and their wedding information. 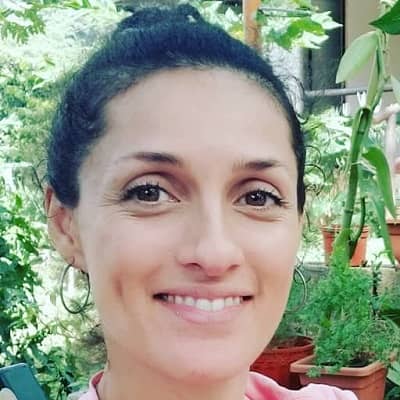 Mirelly Taylor is a renowned Mexican film and television actress. She is best known for her role as Isabella Alpert, Nestor Carbonell’s wife in the last season of the ABC series, Lost.

Mirelly was born in Guadalajara, Jalisco, Mexico, and raised by a single mother. Her birth name is Ruth Mirelly Osuna. She hasn’t yet shared her birth date, name of her father and mother. Her father is a plastic surgeon and she met him for the first time in October 2007.

Similarly, she has six step-siblings from her parents another relationship. Three are brothers on her father’s side and one brother and one sister from on mother’s side. However, their names are not disclosed.

At the age of 11, she moved to Dallas, Texas with her mother where she attended Thomas Jefferson High School. She often participates in choir and theater while she was in school.

After then she enrolled at Southern Methodist University in Dallas, Texas major in cinema. However, after her horrific car accident, she quit school and enrolled in a two-year conservatory for acting. She trained under the famed coach Allan Miller.

Mirelly was s singer before pursuing her acting career. She made her debut in the film in the year 2001. That year, she made an appearance in the thriller crime film, Hall of Mirrors where she portrayed the role of bank representative (as Ruth Osuna).

Afterward, she appeared in the 2002 comedy romance film, Serving Sara in the role of Maria. She was also featured in television series like Lovespring International, Las Vegas, Moloch (Short movie) in 2006.

She portrayed the double role of Isabella Alpert and Nestor Carbonell in the last period of the ABC series, Lost. She showed up in the role of “Scence Soto” in the film, Hot Vath and a Stiff Drink. Taylor was cast in the spin-off of the Oscar-winning film entitled “Crash” and “Walking Dead”.

In 2014, Taylor was nominated for Best Actress at the Hill Country Film Festival for the film Roswell FM.

To date, Taylor has not been part of any sorts of rumors and disputes that create headlines in the media. Also, she stays miles away from such controversial acts that could hamper her personal and professional life.

At the age of 18, she survived a car accident while she was in her sophomore at SMU. She ended up with a 16-inch skull fracture and major brain damage and also she was in a coma for 3 days.

Taylor has accumulated a net worth of around $2 million as of 2022. Her main source of income is her profession as an actress. As per other online sources, she earns an average salary in the range of $20 thousand to $206 thousand as per her role in the movies.

The actress has a well-maintained body figure with a fair complexion. She stands at the height of 5 feet 3 inches tall with an average weight. She has a pretty dark brown eyes color with black hair.