Miss Info is now single and hasn’t spoken about her relationship.

Miss Info is mysterious about her dating life because she hasn’t spoken about her previous relationships or boyfriends.

She hasn’t married anybody, but she has posted several images of a boy whose identity has not been revealed.

Despite the fact that she has posted several images of children, there is no indication as to whether she is the mother of these children.

She has also posted several images of youngsters, indicating that she enjoys spending time with them. She used to live in New York’s East Harlem area. 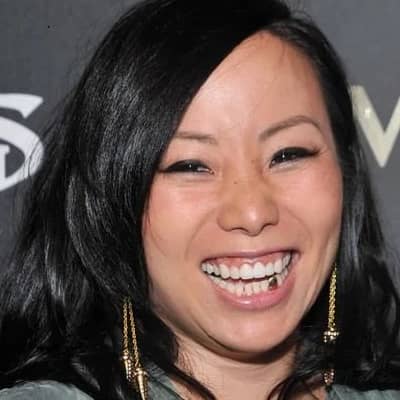 Who is Miss Info?

Miss Info is a well-known American professional radio personality and journalist. She is well-known for anchoring Hot 97 and Best Week Ever, as well as writing for Rolling Stone.

Minya was previously the Managing Editor of XXL and a Music Editor at Vibe. She also works as the style director for Stadium Goods.

Minya’s most recent collaboration was with Nas co-hosted a podcast called The Bridge: 50 Years of Hip Hop.

She hasn’t revealed anything about her forthcoming project because she is still working on the podcast The Bridge: 50 Years of Hip Hop.

Minya Oh, better known as Miss Info, was born on March 10, 1976, in Chicago, Illinois, United States. Despite being a resident of Chicago’s North Side, she was born into a Korean household.

Minya is the daughter of Korean immigrants and has not disclosed her parents’ names or occupations to the public.

She hasn’t revealed anything about her childhood or personal life.

Miss Info went to Columbia University and graduated from there. Despite the fact that she has revealed her college name, she has not said what major she has graduated in.

Miss Info worked for BET as a writer and reporter, and she also aired an on-air radio show on Hot 97 until 2014. She was also a music lifestyle editor at Vibe, a former managing editor at XXL, and a Rolling Stone contributor.

She has also appeared as a pop culture expert on the weekly VH1 show Best Week Ever and has written for The Source.

She also appeared on Tanya Morgan‘s album Brooklynite in 2009, as well as the song Just Arrived (Now What?).

She also appeared in the VH1 comedy series This Is Hot 97 on March 31, 2014. In 2017, she began a cuisine series with Complex called Food Grails, as well as her own websites and blog MissInfo.TV.

Then, in 2021, Miss Info co-hosted a podcast on Spotify called The Bridge: 50 Years of Hip Hop with Nas.

Minya has worked at several radio stations, but she hasn’t mentioned anything about getting awards or nominations. In the end, she may decide to share her accomplishment with the media.

According to the source, Miss Info has a total net worth of $4 million, the majority of which stems from her work as a radio presenter.

She hasn’t mentioned her salary, which is still being examined. According to the source, her property, such as her residences and other belongings, has still to be evaluated.

Miss Info is the person who keeps her personal life private and avoids scandals and problems.

She hasn’t been involved in any unfavorable rumors that might impact both her personal and professional life.

Miss Info has not disclosed her physical measurements, such as hips, waist, and bra sizes, as well as her height and body weight.

Looking at her, she has a lovely smile, black hair, and black eyes.

Miss Info is well-liked on social media, having thousands of followers. She is active on Instagram, where she has 111k followers and around 2900 posts.

She has shared images of herself with family and friends, as well as photos of kids, on Instagram. She just tweeted a photo with the caption “Garden Party” with @vincestaples @jenbui.

She is also very active on Twitter, where she has 236.2k followers and about 103.3k tweets since joining in August 2008.

She also has a YouTube channel called Miss Info, with 2.49k subscribers. She is also on Facebook, where she has 2.3k admirers, but she is not active on Tiktok.

Coronavirus mutations has led to increase in speed of transmission but no impact on virulence or fatality!