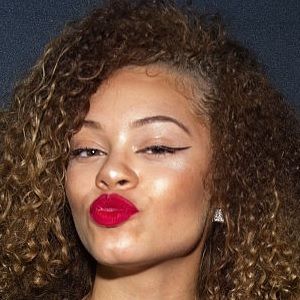 What is the relationship of Miss Mulatto?

Miss Mulatto is currently in a relationship. She is dating another rapper named Bandit Gang Marco. They started to see each other from Aug 2017.

There was a rumor about Mulatto and Lil Niqo being in a relationship. However, she has personally denied that and also said that she is not interested in starting one.

But this beautiful lady might start a relationship someday and we will surely know about it.

Who is Miss Mulatto?

Miss Mulatto is an award-winning hip-hop artist and entrepreneur. She is widely popular as the winner of the first season of The Rape Game.

Also, she is the singer of the song No More Talking. And, she is one of the immersing rappers and musical artists. Recently, she released her single named Response Diss and Real Princess.

Miss Mulatto was born on December 22, 1998, in Ohio, USA. Her birth name is Alyssa Michelle Stephens. Miss Mulatto is her stage name.

Her mother’s name is Misti Pitts and her father’s name is Shayne. Her father is an entrepreneur. She has two sisters, Kay and Brooklyn Stephens.

As regards, Mulatto’s academic career, she attended Lovejoy High School. However, she was not able to continue her education at an academic level as she was highly focused on improving her professional career.

This young lady has so much talent for her. She has sold candies at school. And, she has experience with drag racing as well.

However, she gained her fame mainly after participating in The Rape Game. Eventually, she won the first season of the very show as a result of her outstanding talent. Currently, she is signed to the So So Def Records label.

Some of her notable singles are Response Diss, No more Talking, Same Road, Mush Mouth, and several others. In addition, she recently released her album Latto Let ‘Em Know.  In 2016, she also released the album Miss Mulatto.

Not only this, but she has also started her own boutique store named Pitstop Clothing.

Till now her greatest achievement has been winning the first season of The Rap Game. However, there are not any awards under her name.

Mulatto has been able to earn a healthy amount of wealth in her short career. Her net worth is about $700 thousand.

While she was a contestant in The Rap Game, she was involved in a backstage fight with Supa Peach. This became a controversial topic on the internet and media but it later cooled down.

Miss Mulatto has a voluptuous figure. She is 5 feet 6 inches tall and weighs 60 kg. But as of now, we are not aware of many of her other body measurements including hip, waist, breast, shoe, and dress sizes.

Her hair is blonde, but she frequently dyes her hair. And, her eye color is gray.

What has the winner of the first season of The Rap Game, Miss Mulatto has been able to achieve so far? Let’s know how much her mentor, Jermaine Dupri has helped her!!