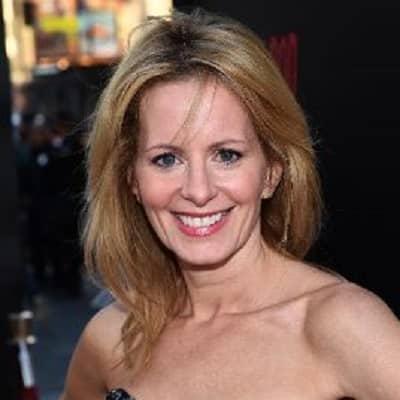 Missy Yager is in a long time relationship with Sam Trammell. He is one of the famous American actors.

The couple first time met while performing in New York City in 2003. The duo began dating in 2006 and it been eleven years that they are together.

They also have twin sons Gus Trammell and Winston Trammell born on August 9, 2011.

Who is Missy Yager?

Missy was born on February 8, 1968, in the USA. Her birth name is Michele Marie Yager.

The names of her father, mother, and siblings are unknown. Yager holds an American nationality and is of German ethnicity.

No information can be collected regarding her academics background.

Missy Yager has been working in the film industry for ages. She has appeared in movies like All Mistakes Buried, The Track, After the Fall, Friends with Kids, You Can Count on Me, Clair Dolan, The Real Blonde, and Dead Man Walking.

Moreover, she is popular for her performances in Manchester.

The actress has also built her career in Television. She appears as Megan Stewart on ABC’s Private Practice. Talking about her other TV works, she played Sarah Beth Carson on AMC’s Mad Men, and also as Claire Ellison on FOX’s Boston Public.

She has her Broadway debut as Margot Frank in The Diary Of Anne Frank (Music Box Theatre). Likely talking about her other Theatre works, she was cast as Doris Ketterly-Welles in The Starry Messenger (Acorn Theatre), Jessica Goldman in This is Our Youth (McGinn-Cazale Theatre), and Laura Dennis in Laura Dennis (Signature Theatre).

Further, she portrays the role of Rachael Lafayette-Kremer in Appropriate (Mark Taper Forum) and Izzy in Rabbit Hole (Geffen Playhouse).

Being one of the successful personalities, her net worth is said to around $500K.

Likely, her partner, Sam has a net worth of $5 million. The couple is having a lavish lifestyle together.

Missy Yager stands with decent height and a decent weight. She has blonde colored hair with a blue pair of eyes with a fair complexion.

Also, get to know about Peter Hermann, Jennifer Smith, and Kyle Weishaar.