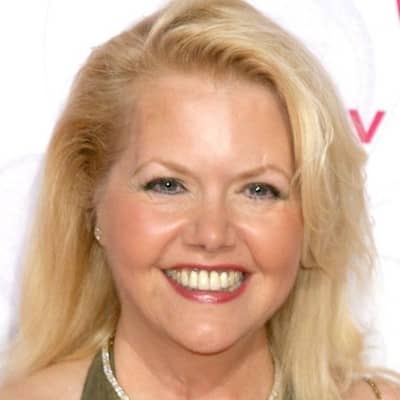 She very first exchanged vows with James DePaiva on 4 June 1986. They welcomed their daughter Dreama, born in 1992.

But this couple ended their wedding after nine years, in 1995. After, this, she married her second husband J.D. Ligier who is a film editor on 07 Oct 2001.

They remained in a conjugal relationship till 2013.

Who is Misty Rowe?

Her last screen presence was in an episode of MacGyver as Betty in 1991. Also, she was the winner of Miss Mini Skirt in 1971. She was also titled, Miss Wahini Bikini and Miss Radiant Radish.

Her birthdate is 01 June 1950 and she was born in Glendora, California, the United States as Mistella Rose Thornton. The name of her mother and her father is folded.

Misty’s ancestry is Caucasian and as per her academics, she has hidden the data.

Misty Rowe as an actress was first seen in the movie The Hitchhikers as Maggie in 1972. She was then featured in movies such as Goodbye, Norma Jean, Loose Shoes, A Pleasure Doing Business, Double Exposure, etc.

Misty’s role in Love, American Style as Rita, Happy Days as Wendy, When Things Were Rotten as Maid Marian, Fantasy Island as Claudia Mills, and The Love Boat as Cindy Lou.

Till 2021, her estimated net worth of around $1 million. She has not disclosed the details of her salary.

This When Things Were Rotten star is keeping herself away from rumors and desperate scandals.

Regarding Misty Rowe’s body features, her height and her body weight are average. Moreover, her eyes are blue with long hair in blonde color.

Her platinum blonde hair and sparkling blue eyes are some of her distinct features. She also has a breathless voice.