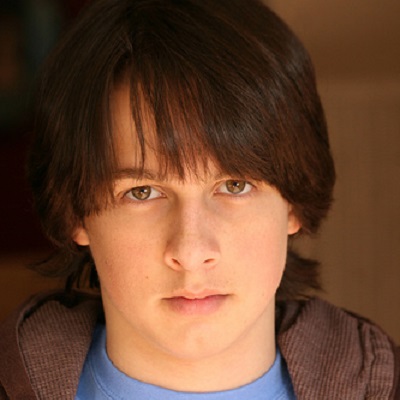 Mitch Holleman is currently in a relationship with his girlfriend, whose name has not been disclosed.

He recently posted a picture with his girlfriend on Instagram.

In addition to acting, Mitch loves Taekwondo, amusement parks and surfing on his days off.

Who is Mitch Holleman?

Mitch Holleman is an American actor and host. He is popular for playing in Tv sitcom Rebba where he portrayed the role of Jake Hart, the son of Reba Hart, who was played by country music singer Reba McEntire.

He currently resides in Los Angeles, California with his parents of American ancestry.

Since the age of 2, he kept hankering his parents that he wants to be on television.

Career in TV series and Movies

When his family moved to Naples, Florida, he was signed to a Miami-based talent agency. Then, he was featured in two commercials for Burger King and Nickelodeon.

At the age of 4, he went to the New York trip with his mother and fortunately, he got offers in various commercials along with a guest role in The Sopranos.

He got his big break after appearing in the TV series, Daddio when he was just five years old.

He played a lead role in Tv sitcom Rebba from 2001 to 2007. He guest-starred on another TV sitcom Everybody Loves Raymond and Disney Channel’s Shake It Up.

His debut film is an American comedy film, The Animal (2001) alongside Rob Schneider, Adam Sandler, Brianna Brown and others. He also starred in a few movies for example Bubble Boy (2001) as four years old jimmy, The Hangover (2009) as Max, and Bus Driver (2016) as Cayden.

He periodically served as an on-air reporter for TV Guide Channel.

He lent his voice in the movie, The Duke on Avatar: The Last Airbender (2005).

He has auburn hair color with hazel eyes. His height is 5 feet and 8 inches.

You may also know about body measurements, Net worth, early life and education of Brenda Song, Jansen Panettiere, Raviv Ullman, and Daniel Benson.