Popular for his acting skills in Austin Powers, Friends with Money, Rudy, and more.

Mitch Rouse’s relationship status at present is married. He exchanged vows with Andrea Bendewald on 19 Aug 2001.

This couple met each other in Oct 1998 in the set of The Secret Lives of Men and started to date each other. Their wedding was held in Malibu, California and the matron of honor was actress Jennifer Aniston.

They are blessed with two children, a son is Strummer Rouse while their daughter’s name is Tennessee Louise Rouse. 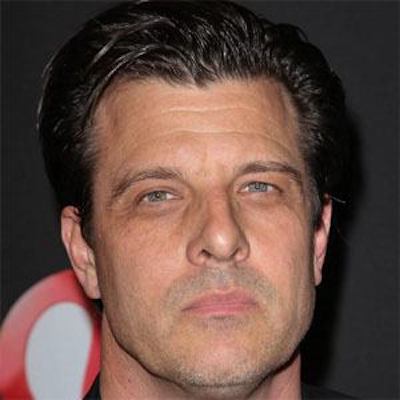 Who is Mitch Rouse?

Mitch Rouse is a popular American actor, writer, and director. He is popular for his acting skills in Austin Powers, Friends with Money, Rudy, and more.

He was seen in an episode of Liv and Maddie as Mickey in 2017.

His birthdate is 06 Aug 1964 and he was born in Knoxville, Tennessee, the US as Edward Mitchell Rouse. The names of his mother with his father are not disclosed.

Mitch’s ancestry is Caucasian and regarding his academics, he first graduated from Oak Ridge High School.

Then he enrolled at the University of Tennessee.

Mitch Rouse is a popular face of the entertainment world who has appeared in several TV plus movies. As a writer, he wrote 12 episodes of The Fighter & The Kid 3D, 6 episodes of Factory, 31 episodes of Strangers with Candy, and 12 episodes of Exit 57.

Some of his big-screen acting projects are,

By the reports of 2022, he has a net worth of around $1 million US. The per year salary from his acting journey is behind the curtain.

This actor as well as the writer is keeping himself away from rumors and desperate scandals.

Mitch Rouse’s height and body weight are average. In addition, he has blue eyes and his hair is in dark brown color.