Renowned for working with the One Direction's Pop Singer, Harry Styles.

Mitch Rowland is in a relationship. Currently, he is dating Sarah Jones. His girlfriend, Jones is a drummer.

Also, he shares a very strong bond with the British singer, Harry Styles as friends. Also, he happens to be one of his best friends. 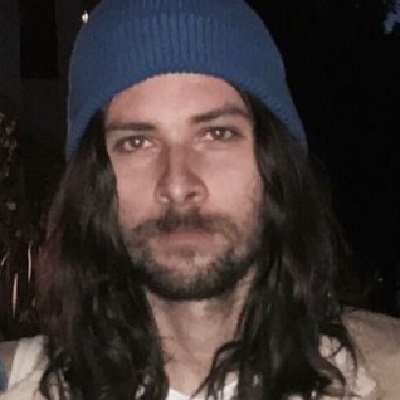 Who is Mitch Rowland?

American Mitch Rowland is a songwriter and guitarist. Rowland is renowned for working with the One Direction’s Pop Singer, Harry Styles.

Currently, he is associated with the Styles’ touring band and backing vocals.

Mitch Rowland was born on 13th July 1988 in Columbus, Ohio, United States. He is of British-Germanic ethnicity.

To date, he has not shared any details on his family background including his father, mother, and siblings. Also, details on his academics are behind the curtains.

Mitch came into the limelight when he started working with Harry Styles. In 2017, Harry hired him to write for his debut album, Harry Styles. In the album, he wrote the single, Meet Me in the Hallway Meet along with record producers; Tyler Johnson, Jeff Bhasker, and Alex Salibian.

Also, he provided acoustic guitar for the track, From the Dining Table, and provided background vocals for Sign of the Times, Only Angle, and Kiwi. Also, he made his appearance in the videos like Harry Style: BBC Radio 1 Live Lounge and Harry Styles: Nova’s Red Room Secret Gig.

Also, he has provided the soundtracks for TV series like Tu Cara me Suena, Riverdale, and Good Morning Britain.

Besides that, he also makes through the royalties of his music.