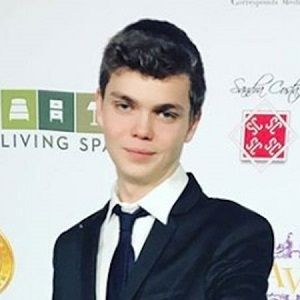 Mitchell is single now and isn’t yet seen dating any girl. Even if he is having an affair with someone, he has not revealed anything about his love interest in the media.

Who is Mitchell Conran?

Many people nowadays are getting fame from the social media platform and Mitchell Conran is also one of them. He is an Instagram star who has already gathered more than one hundred thousand followers.

He is also popular for being a friend of another social media celebrity RiceGum.

Mitchell was born on July 8, 1997, in Columbia, Maryland, USA. His current age is 22. Moreover, his star sign is Cancer. He has not revealed information about his parents. But often he posted different pictures with them on his social media posts. Talking about siblings, he has a brother named Ryan Conran.

Other information about his siblings and childhood are unknown. He belongs to American nationality. Similarly, his ethnicity is White-American.

Information about his education and university he studied are unknown. However, through the sources, it is known that he has completed his high school as he was in lacrosse team during his high school.

Conran is an Instagram celebrity who rose to the prominence within a short period of time. He frequently posts pictures revealing his lifestyle to his fans and followers on his social media account. Most of his posts are focused on his cars and his visits to the club.

He is also more popular for being a friend of RiceGum. Moreover, he does promotions, advertisements, etc. through which gets his income. He is also seen with FaZe Banks, Alissa Violet, and other popular social media stars.

Mitchell Conran currently has a famous Instagrammer who has around 105k followers. His Instagram username is @mitchell. In his Instagram, he has over 130 posts and he gets around 9k likes in his posts on average.

Moreover, he also owns an Instagram account with the username @god is a premium account which could be monetized for some good income. He sells shoutouts and earns very decent money.

As he has gained popularity from social media and as he hasn’t chosen a certain career, he hasn’t received any awards yet.

Conran is an Instagrammer and his primary source of earning is via his Instagram. He has more than a hundred thousand followers on his Instagram. An influencer such as him can earn from $5-$10 per thousand but he has not revealed his exact earnings to the media.

Besides, he lives in an average costing-house in California which is estimated to be around $486,100.

He has maintained a good relationship with people in his personal and professional life. And so he hasn’t been in any of the rumors or controversies.

As far concerned, the information about his height and weight are unknown. However, he is a tall guy with a lot of admirers. Furthermore, he has brown colored hair and light-brown colored eyes.

Mitchell is a famous Instagrammer. His username on the Instagram account is @mitchell. He has more than 91k followers on his Instagram where he has uploaded more than 130 posts. Likewise, he is also active on Twitter with 12.3k, however, he does not use Facebook.