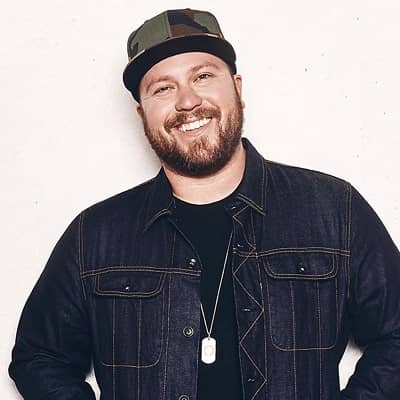 Is Mitchell Tenpenny married to his longtime girlfriend?

Mitchell Tenpenny is married to Meghan Patrick, a fellow country singer. They have been in a relationship for a long time. The couple tied the knot on October 23, 2022.

They got engaged on November 24, 2021, in the bar where they met for the first time.

Who is Mitchell Tenpenny?

Mitchell Tenpenny is an American singer and songwriter. He has collaborated with Granger Smith on the song “If the Boot Fits” which reached the Top 10 on the country airplay charts.

Mitchel James Tenpenny Jr is his father. Donna Hilley was his grandmother who was the CEO of Sony/ATV Music Publishing.

Regarding his education, he graduated with a music business degree from Middle Tennessee State University.

Mitchell is a singer and composer who plays country pop music. He has produced one studio album and two long plays Through Riser House Records, in December 2018 his album Telling All My Secrets was released.

His song “If The Boot Fits” with Granger Smith reached the Top 10 on country airplay.

In 2015, Black Crow, Mitchell’s single album was released. The bluegrass band “The SteelDrivers” was featured on the song “Canes Creek”. He wrote a number of songs with artists such as Nick Fradiani during his early songwriting career.

Mitchell’s Linden Ave released an EP in July 2017,  which charted at No.10 on Billboard’s Independent Albums chart, and No.6 on Heatseekers Album, with 2100 copies in its first week.

Being a country singer-songwriter, Tenpenny has earned a hefty sum of money from his career. As per the sources, he has an estimated net worth of around $3 million.

American singer and songwriter Mitchell has kept himself away from all the unwanted scandals and controversies as of now.

Mitchell stands tall at a height of 5 feet 9inches and weighs around 85kgs.

He has a pair of black eyes and a beard. He is often seen wearing a cap.