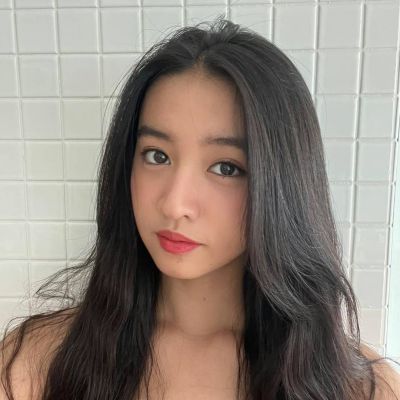 Mitsuki Kimura is possibly single at the moment. In 2019, she was rumored to have a relationship with a former Exo member, Kris Wu.

Who is Mitsuki Kimura?

Mitsuki Kimura is a model and songwriter from Japan. She rose to fame after making he debut on the cover of Elle Japan in May 2018.

Kimura is also known as the youngest daughter of J-pop legend Kimura Takuya. She is professionally known as Koki.

The name of his parents is Shizuka Kudo (mother) and Takuya Kimura (father). Her father is an actor whereas her mother is a singer by profession. Takuya was a former member of the boy band SMAP, alongside Katori Shingo and Nakai Masahiro.

She has an older sister named Cocomi Kimura. Talking about her academic background, she went to The British School in Tokyo.

Furthermore, she holds Japanese nationality and belongs to Asian ethnicity.

Mitsuki began her career as a songwriter. In 2017, she has written three songs for her mother Shizuka Kuso’s album, Rin, and as well for Mika Nakashima. She debuted as a model in May 2018 and also appeared on covers for Elle Japon in July 2018.

Similarly, koki has appeared on covers for fashion magazines such as Numero Tokyo, Grazia China, and Nylon Japan. She became Japan’s youngest ambassador for the luxury brand, Bulgari in August 2018.

Her first commercial was for Otsuka Pharmaceutical. In 2019, she appeared as a featured artist on Daichi Miura’s song, “Katasumi”, the opening theme song to the television drama Hakui no Senshi.

She made her first runway at the 2019 Paris Fashion Week, representing Chanel. Koki has also appeared in the music video of Kris Wu’s song “Eternal Love”.

Mitsuki is about to make her debut in a movie. According to sources, she will star in Takashi Shimizu’s horror movie, Ushikubi Village in the role of Shion / Kanon.

Mitsuki might have accumulated an impressive amount of fortune throughout her profession as a model and songwriter. However, she hasn’t yet disclosed her actual net worth, salary, and other earnings in the media.

The model stands at the height of 5 feet 7 inches tall. Likewise, she has a dark brown pair of eyes and her hair color is black.

However, her weight and other body stats are still under review.