Updated On January 30, 2023 | Published By: Tony
Share this
In Relation 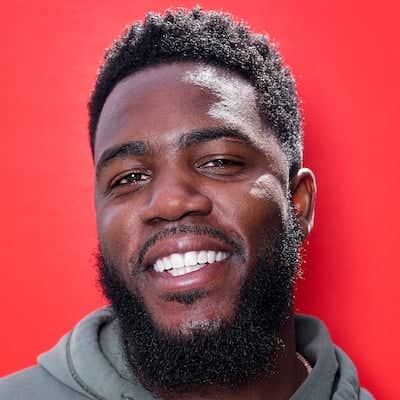 Mo Gilligan at present is in a relationship. He is dating a girl who is an actress by profession and her name is Sophie Wise.

They started to see each other in the year 2018 and are still in love.

He confirmed that he is having an affair with her and they are living together.

Who is Mo Gilligan?

Mo Gilligan is of British nationality and is a comedian and host.

He has thousands of followers on social media platforms and is considered one of the rising stand-up artists.

At first, he started to upload comedy videos that were loved by the viewers.

But when rapper Drake referred to some of the comedy done by Mo in 2017, he became globally known.

For his amazing work, he was nominated by BAFTA under the category Best Entertainment Show plus the Royal Television Society Best Breakthrough.

In addition, he won the Best Entertainment Show award from BAFTA in 2019.

His full year is 1988 who celebrates his birthday on 19 Feb, he was born in Lambeth, London, England as Mosiah Bikila Gilligan.

The name of his mother and his father identity is unknown. But his mom is from Wales while his dad is from Brixton.

Further, Mo Gilligan’s ancestry is a mix of Jamaican-St. Lucian and as per his academics, he has not shared the details. But he attended a performing arts school in Pimlico.

Mo Gilligan from his school days was interested in comedy. He pursued the same interest and is now one of the emerging comedians in London.

His Grime and observational humor comedy related to the Black community is loved by the audience.

Also, he is the panelist on The Masked Dancer UK (TV Series).

Moreover, it was confirmed on November 29, 2022, as the host of the upcoming BBC One series called That’s My Jam.

The show he hosted is The Big Narstie Show, The Big Breakfast, The Lateish Show with Mo Gilligan, etc. As for himself, Mo was briefly seen in,

His yearly salary is that he charge is under the rug.

He has bought a five-bedroom semi-detached house that is in North London.

This writer/comedian, Mo is keeping himself away from scandals as well as rumors.

Mo Gilligan’s height is 6 ft 2 inches and his body weight is of average shape.

Adding more, he has dark brown eyes and has hair in black color.

Mo Gilligan is officially available on social sites such as Facebook with around 344k fans.

He is also popular on YouTube where he gained above 160k subscribers.