Who is MOD SUN engaged to?

Mod Sun is engaged to Canadian musician Avril Lavigne as per the announcement on April 7th, 2022, a year after getting into a relationship. The couple has not talked about their plans for children, and marriage to the media yet.

Mod Sun was in a throuple relationship with Tana Mongeau and actress Bella Thorne in 2018 but later things did not turn out well and he began dating Bella Throne only.

Mod Sun was engaged, married to Throne but divorced, all within 15 months. Again after the divorce, he reached out to Tana Mongeau in early 2020 but broke up with a few hookups. 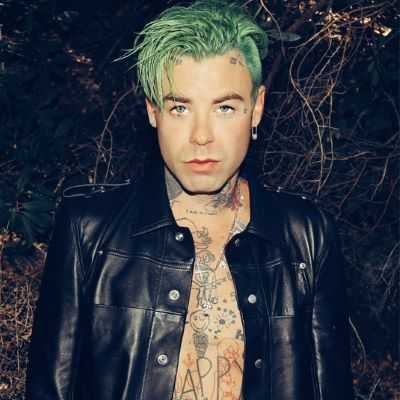 Who is Mod Sun?

Sun is currently touring across 3 countries and has upcoming concerts., the most recent of the 13 is at Centre Videotron in Québec.

His recent album Rich Kids Ruins Everything is released in March 2022 while early this month he released a documentary, Remember Me Just Like This on YouTube which has around 200k views.

He was born Derek Ryan Smith on March 10, 1987, in Bloomington, Minnesota under the zodiac Pisces. The 35-year-old singer has Caucasian ethnicity and American nationality.

Though his parent’s identities are masked, it is known his father was the neighbor of Bud Gaugh, drummer of Sublime.

As his parents are divorced, he parted time in California and Minnesota. He also moved back and forth while his mother was searching job frequently when he was aged 5 to 10.

Mod Sun has participated in local pop-punk since his teens and later rose to prominence for attending numerous concerts.

He then became a fashion enthusiast and designed bands merchandise in eighth grade under the influence of New Jersey and Drive-Thru Records emo bands. Not much info about his educational background is available.

Sun has had his career beginnings in 2004 by joining the pop-punk band Sideline Heroes. After being kicked out of the band in 2009 he worked as a drug seller. He even engaged with the band Scary Kids Scaring Kids as a drum tech.

Mod Sun has released five mixtapes and three EPs throughout his solo career. His first album Look Up, peaked at #1 on the Billboard Top Heatseekers chart in 2015. His other studio albums are Movie, BB, Internet Killed the Rockstar, and Rich Kids Ruin Everything.

Besides, he is the music director for the 2021 film, Downfalls High, and the upcoming film Good Mourning with a U. He has sung songs like Need That, Paradisity, All Night, Every Night, Save, My Hippy, We Do This Shit, address on the internet, Runaway, Heavy, Down, and Broken In all The Right Places.

The estimated net worth of singer Mod Sun is around $ 50 million. He has had a handsome salary from his hit songs as a whole and led a luxurious life.

Sun has not been a part of rumors and controversies to date. He manages his personal and professional life quite well and maintained a healthy distance between the two.

Sun stands 5 feet and 5 inches tall with blonde hair, blue eyes, and a fair skin complexion. He weighs around 85 kg while his chest size, hip size, dress, and shoe size details are missing.

He even tries new colors and styles his hair as needed for her role and looks to stand out. Additionally, he has ear and nose piercings, and his body is covered with tattoos, one of which includes Happy.

Other than this, he has an official TikTok account which receives 145k followers and around 600k likes. He also has 381k followers on his self-titled YouTube channel.

Mod Sun opens up about his mental anguish after the sudden breakup with girlfriend Bella Thorne!