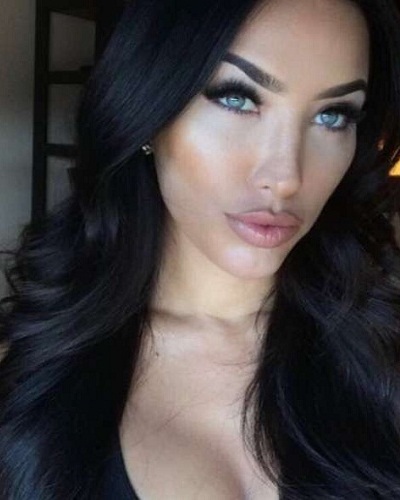 Breana Tiesi or simply Bre Tiesi is an American model. She hails from Los Angeles. A sneak peek today into her life – both personal and professional!

Breana Tiesi and her modeling ventures and career

Breana has featured in a number of ads. She was in an ad for Effen Vodka with 50 Cent. Besides doing commercials, Breana has also walked the ramp for some famous fashion houses. She has also appeared in the hit and popular show on MTV called Wild ‘n Out which featured Nick Cannon. She was also part of 8th Annual Babes in Toyland: Live from Avalon Hollywood in 2015.

Breana has a gorgeous body and she has featured in Maxim’s top 100 Hotlist. She has feature resembling famed actress Megan Fox and hence her picture was published in many magazines due to this. These magazines include Playboy, Loaded, and Brobible.com. She also has a 12-week transformation Guide through which she earns money.

Breana is also popular on social media. She has an Instagram account on which she uploads her hot photos. On this Instagram, Breana has over 350k followers and they are on the rise.

Breana Tiesi and her birth and growing years

Breana Tiesi was born on 4 May 1991 in Los Angeles in California. Her current age is 27 years. There are no more details known about her childhood, parents, and siblings.

Breana Tiesi and her relationship history

Breana garnered headlines due to her marriage to American football quarterback, Johnny Manziel. Besides the field, Johnny is also known for having physically abused his past girlfriend, Colleen Cowley. Colleen had alleged that he pushed her into a car and tried to strangulate her. He threatened to kill her and him as well. In 2016, Dallas police investigated the case of domestic violence and he was found guilty.

Johnny got close to Breana after that and they began dating in 2016. In 2017, he proposed to her in the romantic city of Paris with a stunning diamond ring and a bouquet of roses. Johnny is all praise for his then-fiancee and had told TMZ:

“When you find a girl as amazing as I did that saved me from where I was in my life, you absolutely put a ring on it.”

The 5 feet and 7 inches tall brunette with hazel-colored eyes indeed has stolen his heart. The couple married on 14 March 2018. It was a secret intimate affair held in California with only close friends and family members of both sides as attendees. They did not share any wedding pictures on their social media but after that, they regularly upload pictures of their romantic getaways since both loves traveling. They share a warm and lovely relationship with Johnny crediting Breana for helping boost his career.

Breana was previously dating actor, Nick Hogan who is the son of wrestler Hulk Hogan and Linda Hogan. They had a relationship from 2011 to 2015.