Posted by MarriedBiography Posted on June 27, 2018 | In Affair , Relationship
Share this 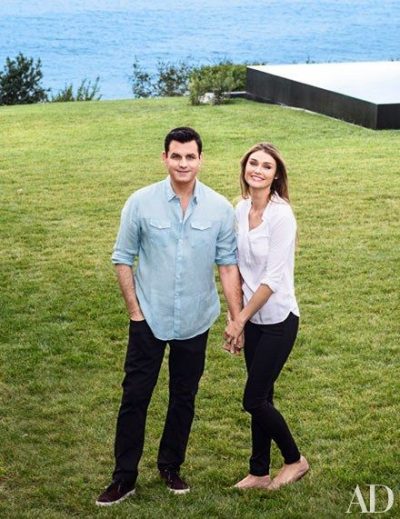 Sarah Mutch is a Canadian fashion model. In 2008, she was Maxim’s World Sexiest Super Model! In a very tender age of 13, Jeff Palffy who is a manager of a modeling agency discovered her. After that nothing could stop her from achieving her dream. She says,

“Modeling is a great opportunity for young and beautiful girls to discover the world and make money in the process but they have to be smart and not fall under the bad influence.
Acting is a great challege for me and I love it.”

So what are her body stats?

33 years old, Sarah has a perfect slim and trim bikini body. She looks amazing in whatever she wears. Her height is 5 feet 10 inches. Her body bra size, waist size, and hip sizes are 36-25-37 inches. She wears a shoe size of 9.5(US). Her eye color is blue and hair color is blonde.

Sarah is a married woman. She is married to Kurt Rappaport. He is a real estate businessman, co-founder, and CEO of Beverly Hills-based Westside Estate Agency. The couple was engaged in the year 2015 and they tied the knot after two years of engagement in September 2017.

Sarah keeps posting the picture of her and her husband with lovely captions like,

“Your smile is still the cutest thing I’ve ever seen.”

“The vast ocean of Love I have for him is full of so much true beauty. For every person who has tried to tear us down or rip us apart .. it’s only thickened and deepen our roots together intertwined forever a bond that will never be broken . This man has chosen kindness , love and the right path of goodness ..even when the weight of the world was on his shoulders . My heart mirrors his . I’ve seen over time the choices he’s made behind closed doors .. and it’s BEAUTIFUL . By his side I stand forever with endless love & admiration . We need more beauty like his to shine & rise above in this world . Happy birthday to a truly special soul ~my angel baby Kurtie “

Mutch’s rumors of an affair with Ryan Seacrest

She was also rumored to be gay. However, she has not confirmed anything about her sexuality.

Rappaport was previously married to Juliette MacArthur, daughter of actor James MacArthur. They also have three children but their name is not known.

Sarah Mutch is a Canadian fashion model also known as Skippy as her nickname. She has modeled for many magazines including Maxim and Ocean Magazine.

She is also an actress and played many Television Shows. Sarah came to be known as a beautiful woman while she is a successful model and has a great appeal. More Bio…

Kurt Rappaport is a businessman, investor, and also an entrepreneur. He is well known as being the co-founder and CEO of Westside Estate Agency. More Bio…

Paris Jackson puts up an emotional post on her social media for her grandfather Joe Jackson who expired at 89!
Tags : Businessman Entrepreneur Investor Maxim Magazine Model