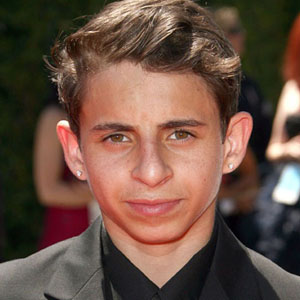 I would absolutely be down to do something in Spanish.

It is nice finding that place where you can just go and relax.

I can see myself doing production work and handling projects behind the scenes.

Moises Arias is currently believed to be single.

He was in a short-term love affair with Cassidy Sawchuk in 2011. He was also dating Willow Smith in 2014. She is 6 years his junior.

Who is Moises Arias?

Moises Arias is a young and talented American actor. He is immensely famous for his role of Rico in the Disney Channel series ‘Hannah Montana’ and also for his work as an actor in the 2013 film ‘The Kings of Summer’ portraying the character ‘Biaggio’.

As a young actor, he has already appeared in some of the well-known films and television series.

Moises Arias was born to Columbian parents in New York City, New York, the United States of America. He was born on April 18, 1994, and was raised with ‘Kickin It’ actor Mateo Arias as his brother.

From the very early life, Moises Arias was interested in pursuing a career in acting and there was no any second option for him. So, for the sake of fostering his interest in acting, he attended Barbizon Modeling and Acting School in Atlanta, Georgia and graduated before starting his acting career.

In 2005, he graduated from Dixie Canyon Elementary School in Sherman Oaks and then moved to Barbizon Modeling and Acting School. His educational background and his family environment made him a strong contender to be a successful star in the coming future.

After his graduation from Barbizon Modeling and Acting School, Atlanta, Georgia, Moises Arias was all set to make a huge entry in the field of acting. Firstly, he made some guest appearances in ‘The Suite Life of Zack & Cody’, ‘Everybody Hates Chris’, etc and got the opportunity to portray the character Rico in the Disney Channel Series ‘Hannah Montana’.

His role of Rico came out to be his breakout role as he was a regular member of ‘Hannah Montana’ in the second season. After appearing in some of the music videos, he appeared as a guest in ‘Beethoven’s Big Break’ in 2008. He along with his brother directed some of the Youtube Video in the channel ‘ Moiswashere’.

This was followed by his work as an actor for ‘The Kings of Summer’ portraying Biaggio which was highly acclaimed by the fans and critic. With the help of his talents and appearances, he has a net worth of $500,000 just at the age of 25.

There is a rumor the Moises Arias was in a relationship with Will Smith’s daughter Willow Smith during the year of 2014. It is also believed that he is still in a love affair with Willow.

He had posted on his Instagram some photos of him with Willow in bed together which had stirred a controversy.

Moises Arias weighs 60 kg and has a height of 5 feet 1 inch. He has light brown hair with light brown eyes.