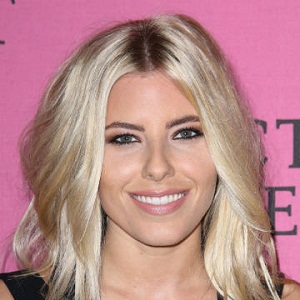 For me, the most attractive thing in a man is the ability to make me laugh

I've had my heart broken, and it's the hardest thing. Everyone says, 'Give it time, you'll feel better in the morning.' But you don't. You feel like it's never, ever going to heal - especially during the first few weeks

If anyone approaches me and asks if I'm Mollie from The Saturdays, I'm immediately shy and embarrassed.

King dated Lawson member Andy Brown. They made their relationship public in January 2011. However, they broke up in February 2011. In the same year, King started dating the famous male model David Gandy. Unfortunately, the couple broke up ten months later. In 2015, King and Gandy confirmed that they had reconciled. In early 2016, King confirmed they had split up again. Currently, there is no any news of Mollie dating anyone.

Who is Mollie King?

Mollie Elizabeth King is an English singer-songwriter. She is a member of girl group “The Saturdays”. In the Saturdays, King has successfully done thirteen top-ten and eight top-five singles, including the UK no.1, hit What About Us on the UK Singles Chart and five top-ten albums on the UK Albums Chart. She also has a fashion line called Loved by Mollie. She has also been involved with philanthropic efforts, such as recording singles for Comic Relief.

Mollie King was born on June 4, 1987, in Wandsworth, London, England as Mollie Elizabeth King. She is the youngest of three daughters born to Susan and Stephen King. For Education, she went to Surbiton High School in Kingston-upon-Thames, England. When she was younger she had a successful skiing career and went on to race for Great Britain. King was one of the youngest members of the team. She went on to ski for the British Alpine squad but later decided that music was where her heart lied.

The Saturdays released their first single “If this is love” which featured samples from the song Situation by Yazoo. “Headlines”  was released as a mini album, with the first single chosen as “Missing You”. It gained positive reviews and King’s voice was described thus: “King uses the natural croak in her voice”.  In 2010, King appeared with her bandmates in a documentary series aired on ITV2 entitled The Saturdays: 24/7. In 2014 the group released their greatest hits album ‘Finest Selection’ which gave the group their fifth top 10 album and the lead single ‘What Are You Waiting For’ their 18th consecutive chart hit in the UK. The band stated the album was not their final and that it was a celebration of their success which has resulted in them becoming one of the UK’s most successful girl groups.

She also has a fashion line called Loved by Mollie. She has also been involved with philanthropic efforts, such as recording singles for Comic Relief.

King’s has the total Net worth is 2 million USD.

King quite made headlines when there were rumors about her dating Prince Harry. But later through a source, she denied the rumors. There were also some rumors about King dating Calvin Harris.

Mollie is(1.63m) or 5 feet 4 inches tall and she weighs 51 kg. This singer from the girl gang “The Saturdays” has blue eyes and blonde hair. Her body measures 34-24-34 inches in chest, waist, and hip respectively.