Molly Ephraim is an actress belonging to America. She is currently single. 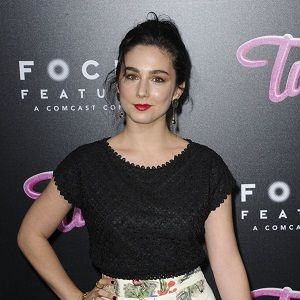 “I suppose you have never seen Ryan dance before. If you had, then I wouldn't have a nephew."

What is the relationship of Molly Ephraim?

Currently, she is single and is focused on her career. She might be dating but currently doesn’t want to share her relationship and make it public. She likes to keep her private life separate from her professional life.

There are no records currently available regarding her previous relationship.

Who is Molly Ephraim?

Molly Ephraim is an actress belonging to America. She has been recognized for her role in the ABC sitcom Last Man Standing as Mandy Baxter.

Ephraim was born to her parents Nina Zebooker and William Ephraim in Philadelphia, Pennsylvania, the United States on 26th May 1986.

Her Parents raised her in Bucks County, Pennsylvania. Besides, during her childhood, she participated at the Prince Music Theater in professional productions and at the Bucks County Playhouse in different shows and in Philadelphia as a teenager at Arden Theatre Company.

Moreover, Ephraim appeared in the Off-Broadway revival of End Days at the Ensemble Studio Theatre as Rachel Stein in 2009.

Another, she played in a different theater with different roles like The 25th Annual Putnam County Spelling Bee(2008) as Olive, The Diary of Anne Frank(2010) as Anne Frank, and Joshua Harmon’s Bad Jews(2015) as “Daphna Feygenbaum”.

Furthermore, Ephraim appeared in the film entitled College Road Trip (2008) as Wendy Greenhut. Besides, she appeared in several roles in various episodes of the television shows like  Law & Order (2008), Royal Pains (2009), the HBO pilot The Wonderful Maladies (2009), and Home (2003).

In discussing her educational background, Ephraim attended Princeton University and graduated from there in 2008 with a B.A. degree in Religious studies.

In talking about her lifetime achievements and awards, she had received a Drama League Award nomination for her performance in the Broadway revival of Into the Woods (2002).

Molly Ephraim: Salary and the Net worth

In talking about her salary and the net worth, she earns a huge amount salary but has not yet revealed it to the media.

She has an estimated net worth of $2 million as of 2022, which she earns from her successful profession.

She can manage both her personal and professional life. Thus, she has not been into any parts of controversy and is a source of rumors.

She is keeping her all records far from the media. So, currently, no records are available.

Talking about her body measurement, she has a slim body with an hourglass shape body. Also, she has body statistics of 36-24-35 inches.