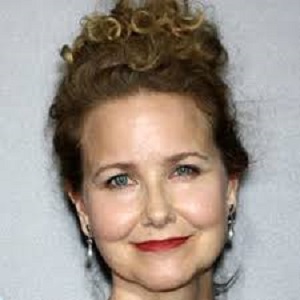 I’m 57 years old. I don’t have children. And I don’t have any regrets. In my 30’s and early 40’s I never minded people asking me if I had children. It was the follow up question I found obnoxious, rude and no one’s business

When my Mom died, I mourned her loss and pitied her a great deal – Thinking she had not lived the life she wanted – how she didn’t deserve the overwhelming burden of 7 children,

Molly Hagan is currently single. Previously, she was married to American actor, Todd Kimsey. The couple met the first time via one of Herman’s Head colleagues. The couple has not revealed their date of marriage date and wedding snaps. However, they later got separated and the reason behind their separation is still unknown.

Her ex-husband married Lisa Kimsey with whom he shared three children: Judah, Kellen, and Jackson. Unfortunately, Todd died on September 16 in Westwood, California because of double hit lymphoma.

Who is Molly Hagan?

She was born on August 3, 1961, in Minneapolis, Minnesota. She is currently 57 years old. Her father’s name is John Robert Hagan and her mother’s name is Mary Elizabeth. Her family moved to Fort Wayne, Indiana at the age of 4 and she was raised there. She grew up among limestone quarried and cornfields. She has got six siblings; Edward Hagan, Patrick Hagan and John Joseph Hagan (brothers) and Lucy Hagan, Liz Hagan and Chris Hagan Nagel (sisters).

Molly holds American citizenship but her ethnicity is unknown.

Talking about his education history, she attended Northwestern University and Wayne High School.

She began her film career from the role of Diana on the 1985 cult action film ‘Code of Silence’. After that, she made her appearance in the films like ‘Some Kind of Wonderful’ and as the young Miss Ellie Ewing in the television movie ‘Dallas: The Early Years’.

She starred in the cult series ‘Nutt House’ in 1989 and in ‘Herman’s Head’ from 1991 to 1994 in which she played the role of Angel. She made her appearance in the two episodes of the detective mystery series ‘Columbo’ and appeared twice on ‘Murder, She Wrote’.

After that, Molly Hagan has played the character os Sister Roberta on ‘Seinfeld’ and of a trailer trash mother in a Jerry Springer-based movie ‘Ringmaster’, and as Coach Crenshaw in ‘Air Bud; Seventh Inning Fetch’. From 2004 to 2007, she portrayed the role of the mother of Emma Robert’s character Addie in the Nickelodeon series ‘Unfabulous’.

Despite playing so many films and televisions, she has not been awarded and nominated for her work. Hope, she will win the future.

She has an estimated net worth of around $1.5 million and she has earned that sum of money from her career.

There is a rumor that Molly Hagan is wanting her own child but the rumor has not been confirmed yet.

Molly Hagan has brown eyes and dark brown hair. But, information about her dress size, shoe size, body measurement, etc. are not available.