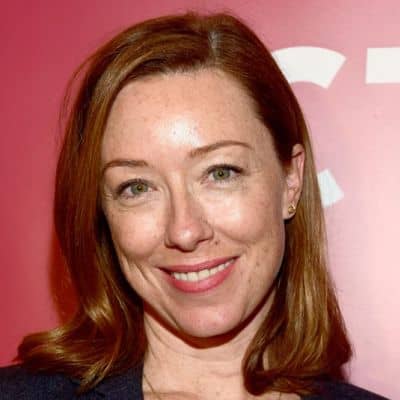 Is Molly Parker Single or Dating?

As per the source, Molly Parke is currently single and is not dating anyone.

Moving towards her past relationships, previously she was married to Matthew Bissonnette, a movie director, and writer in 2002. Later, they officially ended their union in 2016. Together, they have one son named, William Strummer Bissonnette.

No further info about how they begin their relationship and the reason behind the separation of the couple are yet to be disclosed.

Who is Molly Parker?

Molly Parker is a famous Canadian-based actress, writer, and director.

Molly Paker was born in Maple Ridge, British Columbia, Canada on 30 June 1972. Parker is 49 years old as of 2022 and holds Canadian nationality. Parker’s ethnicity is Caucasian and according to the astrologers, Cancer is her birth zodiac sign.

She was brought up on a farm in Pitt Meadows along with her younger brother named, Henry Parker. Her parents run a seafood store. From 3 to 17 years old, She has learned ballet and performed with the Royal Winnipeg Ballet Company for about three years.

No further detailed info about her parents and educational life are disclosed yet.

In her early career, Molly Parker worked in different local productions. She appeared with a supporting role in the comedy movie, ‘Just One of the Girls, and in the thriller movie,’ The Substitute.’

Likewise, she appeared in the Canadian police procedural series, ‘Shattered’ in 2010 and she played the main role in the Canadian comedy-drama movie, ‘Trigger’ starring Tracy Wright.

In the same year, she made a guest appearance on the crime drama series, ‘Dexter season 6’ that aired on Showtime. She starred as Congresswoman Jacqueline Sharp in the Netflix drama series, ‘House of Cards’ seasons 2, 3, and 4.

She was cast in ‘The 9th Life of Louis Drax’ in 2016 alongside Sarah Gardon, Aaron Paul, and Jamie Dornan. She appeared in the Netflix crime movie, ‘Small Crimes in 2017 and in the horror movie, ‘1922.’

Similarly, she appeared as a co-star in the feature film by Josephine Decker Madeline’s  Madeline. In May 2918, her other movie, ‘Deadwood: The Movie was released while her upcoming movie ‘Peter Pan & Wendy’ is set to be released in 2022 in which she portrayed the role of Mrs. Darling.

She made her directorial and writing debut with her short film’ Birds’ which launched at the 2017 Toronto International Film Festival.

As per Celebrity Net Worth, the net worth of MollyParker is estimated to be around 2 million USD while her salary and income are not disclosed yet.

Molly Parker has not been involved in any rumors or controversies up to date.

Molly Parker has a slim body standing at the height of 5 feet 5 inches. She weighs around 58 kg. Her body measurements are 34 inches bust size, 25 inches waist size, and 35 inches hip size.

Besides that, with a fair complexion, she has hazel eyes and brown colored hair.

Parker does not seem to be active on Facebook and other social media platforms.