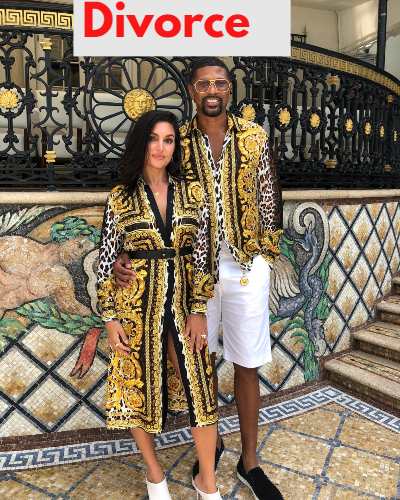 Molly Qerim and Jalen Rose are done with their marriage! The ESPN couple has called it quits after almost three years of married life. Jalen has filed for divorce from Molly in Hartford County, Connecticut. Rose had filed for divorce back in April to dissolve their marriage. Jalen shared a statement confirming their separation,

“After being separated for almost a year, Molly and I have officially decided to go our separate ways. We both agree remaining friends and colleagues is the best course of action for our relationship moving forward. Please respect our privacy at this time.”

The ex-couple had a drama-free split back in January 2021 and are friends with one another. A source revealed that they are normally about it and have been keeping their relationship status private over the last year. They have a huge amount of respect for one another. Their marriage is said to have ended after Molly moved to Connecticut.

Jalen has not asked for alimony and they did not have a prenup as well. There is no spousal support included in the court documents.

Love story of Molly and Jalen

Molly Qerim and Jalen Rose have been dating one another since 2016. Jalen was extremely supportive of Molly when singer Eminem said about Molly on his song Campaign Trail back in October 2016. He said,

“Eminem is one of the greatest rappers of all time. He’s a fellow Detroiter. We are 100. That’s how we do it. She’s educated, talented, and beautiful — a public figure that’s doing a terrific job on a really popular show called First Take. So guess what’s going to happen? She deserves to have so many people giving her positive attention and props. That’s love!”

The couple went on to marry in 2018 in an intimate ceremony in New York City. They made an appearance on the MTV VMA’s red carpet as a newly married couple in August 2018. At one time in their relationship, Molly was rumored to be cheating on Jalen. But Molly denied all the accusations and maintained her innocence.

Molly Qerim is the world’s sexiest, wanted or recommended as well as demanded, an Emmy Award-winning sports anchor or journalist, and broadcaster from the United States.

She is best known for covering college football for ESPN and ESPN 2. Her co-hosts are Stephen A. Smith and Max Kellerman. Read more bio…