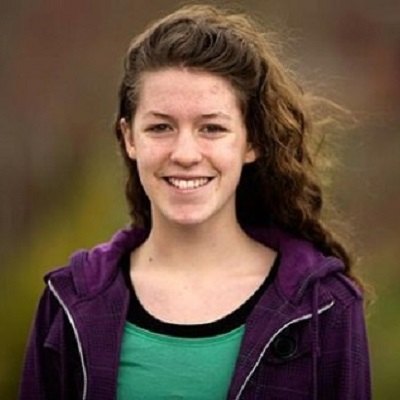 Molly Roloff is a married woman. Her husband, Joel Silvius is a research data analyst at Gonzaga University. The wedding took place on the 5th of August 2017 at Roloff Farms in Oregon.

On the wedding day, she wore a lace-off-the-shoulder dress with a necklace whereas Joel Silvius gray suit with blue bowtie. On the big day, she was accompanied by her sister-in-law Tori and Aurdey Roloff as bridesmaids.

Together, they are leading a happy married life.

Who is Molly Roloff?

American Molly Roloff is a TV Personality. She is renowned for the TLC’s TV series, Little People, Big World.

Currently, she is the Assurance Senior of the accounting company, Moss Adams.

Molly Roloff was born as Molly Jo Roloff on the 17th of September 1993 in Oregon, USA. She is of Germanic ethnicity.

Her father, Matthew Roloff, and mother, Amy Roloff are actors and producers by profession. They are renowned for the TV documentary, Little People, Big World. Also, her grandparents Peggy and Ron Roloff are also TV Personalities.

She has three siblings that include three brothers Jacob, Zachary and Jeremy Roloff. Her elder brothers, Jeremy and Zachary share the same birth date.

In 2012, she joined Whitworth University. In 2016, she graduated from the University with Honors in Arts majored in Accounting and Literature. During University days, she used to be active in Business Club.

In 2006, Molly Roloff started her career via TLC’s series, Little People, Big World along with her family. The show is based on the family life that includes both little and average-sized family member. Within a small span of time, she earned fame as a TV personality.

After that, in September 2016, she became Assurance staff for Moss Adams. One year later, she was promoted to be an Assurance Senior. Currently, she is associated with Adams.

As of 2020, she has an estimated net worth of $300k. Her earnings as an Assurance Senior are in the range of $59k to $82k. Besides that, she also makes via her appearance in the TV series, Little People, Big World.

Talking about the net worth, her father, Matthew has an estimated net worth of $4.5 million.

As of now, she has not been through any sort of controversy and scandal that created a buzz in the media. Also, she has managed to be far from rumors.

Molly Roloff has brown eyes with brunette. She stands at a height of 5 feet 9 inches and has a decent weight.

You may also read the bio of Nicole TV, Shane Watson, and Kelly Jo Bates.

Amy Roloff has moved out of Roloff Family Farm into a self-purchased house in the vicinity costing $588.5k!