Molly Sims is an American model and actress. She is married to Scott Stuber, the film producer 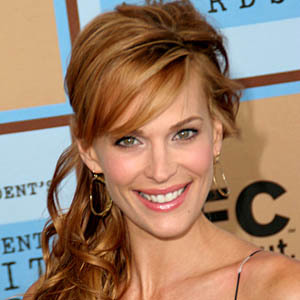 Be yourself, fill your life with good people, and don't get a big head. It can all be gone tomorrow

My family is my little village. I really do feel like my fairy tale came true.

What is the relationship of Molly Sims?

Molly Sims is a married woman since 2011. She is married to Scott Stuber, the film producer. They got married on September 24, 2011.

The couple has three children together named Brooks Alan Stuber, Grey Douglas Stuber, and Scarlett May Stuber. Sims and Scott have been married for over five years now and their relationship is going very well.

Before getting married, she had been in a number of relationships in her past. From 2002 to 2003, she dates actor Enrique Murciano.

In 2007, she was in a relationship with the famous American film producer Lawrence Bender. She dated Jeff Soffer in 2008 and actor Aaron Eckhart in 2009.

Who is Molly Sims?

Molly Sims is an American model and actress. She rose to prominence for her appearances in the Sports Illustrated Swimsuit Issue.

Sims is a Global Ambassador for Population Services International’s Five & Alive program. She is also an ambassador for Operation Smile.

Molly was born on 25 May 1973, in Murray, Kentucky, USA. Currently, she is 48 years old. She is the younger daughter of Dottie Sims and Jim Sims.

She has an elder brother named Todd Sims. Her nationality is American but her ethnicity is undisclosed.

Molly graduated from Murray High School in 1990. After that, she enrolled at Vanderbilt University to study political science.

In 1993, she dropped out to pursue a career in modeling when she was 19 years old.

Sims also appeared in MTV’s House of Style as a guest host. She is a CoverGirl model and is currently signed to Next Models Management in New York City.

Molly appeared in the “We Are All Made of Stars” music video by Moby in 2002. She made her acting debut playing Janet Tyler in the series The Twilight Zone in 2003.

Since then, she has appeared in a number of films. She is popular for playing Delinda Deline in the NBC drama Las Vegas from 2003 to 2008.

She has a net worth of 20 million dollars. But her salary and other earnings are not disclosed.

Rumors are that Molly and her husband Scott Stuber are getting a divorce. None of them has confirmed the rumor yet; it might be just a rumor.

Currently, there are no other desperate rumors regarding her personal and professional life.

She also has a youtube channel that has more than 81.7k subscribers.

Nutritionist Kelly LeVeque shares some tips on traveling foods and how it could be made easy!