Molly Smith is a theatre director.

Currently, the relationship status of Molly Smith is single. 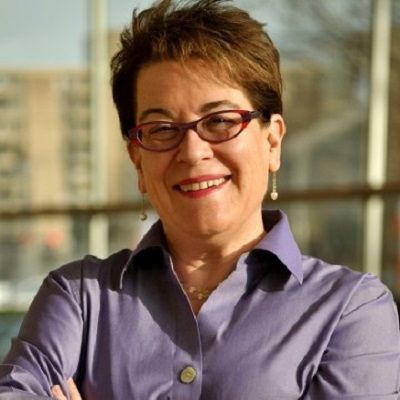 Who is Molly Smith?

Molly Smith is an American theatre director. She is also the artistic director of Arena Stage in Washington, D.C.

She has been an Artistic Director and stage director for almost four decades.

She belongs to the English- Scottish heritage.

In 1978, she received a master’s degree in theatre from the American University in Washington D.C, United States.

The theatres included the shows South Pacific, Mack and Mabel, Anna Christie, Cat on a Hot Tin Roof, The Music Man, and My Fair Lady.

The director of the movie is Molly Smith. The writers of the movie are David P. Schreiber, John Walcutt and the movie stars are Allan Arbus, JD Cullum, Robin Curtis.

The movie is about a bereaved and troubled daughter who would do anything to contact her passed mother.

She has achieved more than 30 directing credits at Arena Stage including, Carousel, Oliver!, The Originalist, Fiddler on the Roof, Camp David, Mother Courage and Her Children, Oklahoma!, A Moon for the Misbegotten, My Fair Lady, The Great White Hope, The Music Man, Orpheus Descending, Legacy of Light, The Women of Brewster Place, Cabaret, South Pacific, Agamemnon and His Daughters, All My Sons and How I Learned to Drive.

She has got brown hair with dark eyes.

You may also like to read about John Crowley, Jack Ryder, Tina Cole.