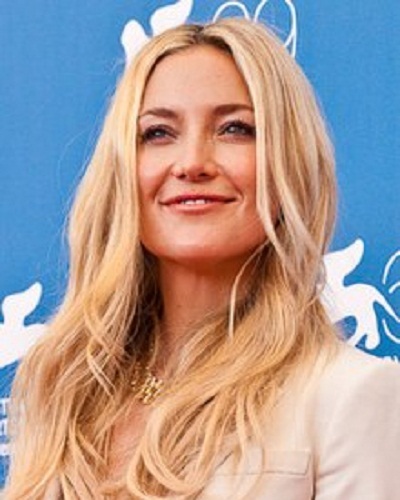 American actress Kate Hudson has become a proud mother of three! She has recently given birth to a baby girl!

Kate Hudson was expecting and on 2 October 2018, she gave birth to a baby girl. She took to her Instagram to announce to the world and her fans that she has delivered and it is a cute little baby girl!

Kate Hudson captioned the picture she posted on Instagram. The picture was just the date of birth of the baby and was put 10-2-18.

Kate Hudson also revealed on the Instagram that she has named her newbie as Rani Rose Hudson Fujikawa. The child’s father is Kate’s current boyfriend musician Danny Fujikawa. The name is pronounced as Ronnie though it is written as Rani. She had chosen this name as a tribute and in honor of the little one’s paternal grandfather who was Ron Fujikawa. Kate wrote:

“Ron was the most special man who we all miss dearly. To name her after him is an honor.”

“Everyone is doing well and happy as can be.”

“Our family thanks you for all the love and blessings that have been sent our way and we send ours right back,”

Kate Hudson and her relationship timeline and children

Kate Hudson has been into multiple relationships. She was dating Black Crowes frontman Chris Robinson in 1999 and in less than a year, the couple married in 2000. Similarly, she even took to thanking Chris in her acceptance speech when she was accepting the Golden Globes award for her role in Almost Famous in 2001. She had said at that time:

“My husband, Chris Robinson. You inspire me every day,”

The couple had a son named Ryder Russell Robinson who was born in January 2004. But in 2006 the couple split and their divorce got finalized in October 2007. She then met Owen Wilson on the set of Me and Dupree. They began dating in 2006 and by 2007 they had separated. A source had told of their relationship:

“This is not just a fling. Kate is crazy about him. Owen gives her so much attention, and she loves it,”

In 2008, they seemed to be getting together again but this was brief and they split for good. In 2007, she had a brief relationship with Dax Shepard. The same year she was seen with Heath Ledger. In 2008 she was with the cyclist Lance Armstrong for many months. This was when she had her second and last split from Owen.

More on her relationships

Kate was seen on the beach in Hawaii with Australian golfer Adam Scott in January 2009. In May 2009, she was seen dating Alex Rodriguez. She used to attend his games and cheer him. By December 2009, they had ended their relationship. She dated Muse frontman Matthew Bellamy in 2010 and had a son named Bingham with him in July 2011.

Earlier in April 2011, they were engaged but in December 2014, they had called it off. In December 2014 she was seen with Derek Hough. In September 2015, she was linked with Nick Jonas. She was dating DJ Diplo in July 2016 and they were seen together in Ibiza and New York City.

Constance Wu, star of Fresh off the boats, speaks about the diversity in Hollywood! Highlights on the importance of Asian representation!
Tags : American Actress Chris Robinson's ex-wife mother-of-three