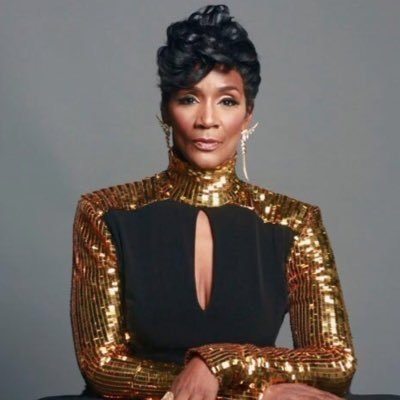 Momma Dee is married to Ernest Bryant. Her husband, Ernest is also a supporting cast member of the Love & Hip Hop: Atlanta.

They married in 2015. Their wedding was documented at the fourth season finale of Love & Hip Hop: Atlanta. Previously, they married on the 24th of May 1996. However, they got separated via divorce in 2014. Later, they got reunited in the following year.

She has two children including a son, Darryl Richardson Jr. (a.ka. Lil’ Scrappy), and a daughter, Jasmine Brown.

Her son, Lil is a rapper by profession. She has three grandchildren from the rapper. They are Breland Richardson, Emani Richardson, and Xylo Richardson.

Who is Momma Dee?

American Momma Dee is an actress and TV Personality. She is renowned as the cast member of the TV series, Love & Hip Hop: Atlanta.

Dee was born on the 21st of September 1963 in Atlanta, Georgia. Her birth name is Deborah Gaither. She is of British ethnicity.

Till the date, she has not shared any details on her family background including father, mother, and siblings.

Later, she completed an associate degree from Georgia State University with Honors in nursing.

In 1996, Momma Dee got into a car accident. Due to this disability, she could not leave the wheelchair for three years. Hence, she started working as a pimp and drug dealer. Under the name, Lady Dee, she ran a brothel for ten years.

In 2012, she expanded her career as a TV personality with the reality TV series, Love & Hip Hop: Atlanta along with her son as a supporting cast member. Later, she released her singles; I Deserve (2014) and In That Order (2016).

In 2015, she explored her acting career with the short, Rocko Presents Food as Deborah Bryant. Moving forwards, she appeared movies including My Side Piece Hit the Lotto and The Products of the American Ghetto.

Momma Dee has black eyes with black hair. She stands at a height of 5 feet 8 inches and has a decent weight.

During the 9th season of the Love & Hip Hop: Atlanta, she faced backlash in the social media. At the time, she got into a verbal spat with Ce Ce. They are having disputes since the last season when she kicked Ce Ce out of her house.

During the verbal spat, she claimed that Ce Ce had been gossiping about her and making underlying comments when she lived with her.

She also has a self-titled YouTube channel with over 7.74k subscribers and more than 1.2 million views.

You may also read the bio of Tavi Gevinson, Ryan Miller, and Rosa van Iterson.

Insight on the life of singer Angelic, family, social media, and more biography!