Monet Mazur is a popular and talented American film and television actress. Monet Mazur is married to Alex de Rakoff and is the mother of two children. 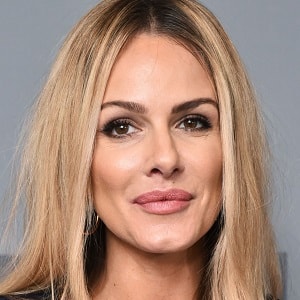 Monet Mazur is married to Alex de Rakoff in April 2005. He is a famous English director and he is best known for directing the movie ‘Dead Man Running’.

The couple has welcomed two children. They welcomed their first child, Marlon De Rakoff on May 21, 2005, which is just one month after their marriage.

Then, they welcomed their second child, Luciano De Rakoff on March 22, 2011. But, the couple could not hold the relationship and finally got divorced after 13 years of relationship on July 6, 2018. The reason behind their separation is still a mystery.

Previously, she was in a relationship with Ashton Kutcher when she was a teenager.

Who is Monet Mazur?

Monet Mazur is a popular and talented American film and television actress who is well known as a series regular on ‘NCIS: Los Angeles’.

She also made her appearance in the 2004 film ‘Torquoe’.

Her father, Valerie was an illustrator who is known for creating the ‘tongue’ logo for the Rolling Stones and her mother was a model. She has four siblings.

Monet holds American citizenship but her ethnicity is unknown.

She has not disclosed information regarding her college and university names however, it is under review.

She started her career as a model. She began acting in her teenage and got the opportunity to play in a Gap campaign. Her well-known campaigns are ‘Everybody in Cords’, ‘Everybody in Leather’, and ‘Everybody in Vests’ which were in coordination with the director Adam Delay in 1999.

Apart from that, she also portrayed the character of Anita Pallenberg in the film ‘Stoned’ in 2005, Abalone in the film ‘Live!’ in 2007, Carolina in the film ‘The Last International Playboy’ in 2008, Frankie in ‘Dead Man Running’, etc.

Her recent television roles include Laura Fine-Baker in the series ‘All American’ since 2018. She gave the voice of Astrea in ‘Transformers Universe’ in 2014, and also made her appearance in the music video ‘Revolving Door’ in 2001.

She was awarded the Rising Star Award in 2005 and also awarded the Young Hollywood Award in the category New Stylemaker-Female in 2002.

She has an estimated net worth of around $2 million and her main source of income is from her professional career.

There were rumors that the separation of Monet and her husband before they actually divorced.