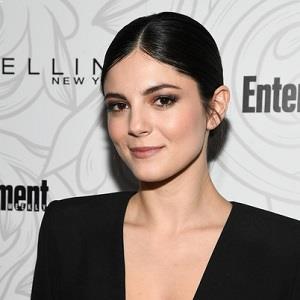 What is the relationship of Monica Barbaro?

Monica Barbaro has not revealed much about her personal life to the public.

There are no records of her past and present relationships.

Judging by her social media posts, at present, she is believed to be single.

Who is Monica Barbaro?

Monica Barbaro is an American actress.

Previously, she was a ballet dancer.

She has appeared in ‘The Good Cop’, ‘Chicago P.D.’ and ‘Munkey in the City’ among others.

Throughout most of her childhood years, she grew up in Mill Valley, Calif.

She became interested in ballet dancing in her childhood year but decided to pursue her career in acting.

She is of American nationality. Additionally, there are no details about her ethnic background at present.

Later, she earned her bachelor of fine arts degree in dance.

Monica initially appeared in the TV movie ‘Hemingway & Gellhorn’ in 2012.

Additionally, in the same year, she also appeared in ‘Touchdown’.

Since then, she has appeared in numerous other movies and television series.

All in all, she has over 20 credits as an actress.

Some other movies and television series that Monica has appeared in are ‘Lethal Weapon’, ‘Chicago Justice’, ‘Notorious’, ‘The Head Thieves’, ‘UnREAL’, ‘Crazy Ex-Girlfriend’, ‘Cooper Barrett’s Guide to Surviving Life’, ‘Hawaii Five-0’, ‘America Is Still the Place’, ‘Stitchers’, ‘Decisions’ and ‘Bullish’ among others.

She has not been linked with any award nominations to date.

Monica has not revealed her current salary.

Additionally, she has managed to earn a net worth of around $1 million.

Monica has successfully kept her life away from the mainstream media spotlight.

To date, she has not been part of any notable controversies.

Talking about her body measurement, Monica has a height of 5 feet 7 inches (1.7 m).

In addition, her hair color is dark brown and her eye color is black.

Monica is active on social media.

In addition, she has over 48.6k followers on Instagram. Similarly, her Facebook page has more than 3k followers.

Also get to know more about the birth facts, education, career, net worth, rumors, height, and social media of different personalities like Mika Abdalla, Victoria Vida, and Genneya Walton.