Actress Monica Horan is married to an American writer.

Monica Horan is a married woman. She exchanged her vows with an American writer Philip Rosenthal on 22 April 1990.

This couple together has a son Ben, and a daughter Lily. They live together in Los Angeles, California. 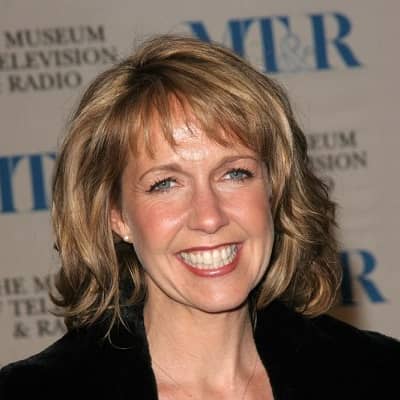 Who is Monica Horan?

Monica Horan is an American television actress. He is best known as Amy MacDougall on the television comedy series Everybody Loves Raymond.

This actress was born on 29 January 1963, in Pennsylvania, the United States with the birth name Monica Louise Horan. She belongs to Irish descent.

She studied at Archbishop Prendergast Catholic High School for Girls. Afterward, she graduated with a Bachelor’s degree in Theater Performance from Hofstra University in 1984.

After graduation, Monica moved to New York to pursue her further career. She used to work as a telephone sales agent for Telecharge while performing off-off-Broadway.

Earlier, in 1990, she made her professional debut as a reporter in an episode of L.A. Law. The next year, she appeared in a comedy TV series In Living Color.

Between 1993-1994, Horan played Maureen in a television sitcom Coach. Afterward, she starred as an April in In the House in 1996.

From 1997-2005, she starred as Amy Louise MacDougall Barone in the CBS television sitcom Everybody Loves Raymond from which she gained huge popularity.

Monica made her first appearance in the 14th episode of the series titled Who’s Handsome? Afterward, she appeared in various shows including The Whole Truth, Hot Cleveland, Enlightened, Pee-wee’s Big Holiday.

Between 2016-2019, Monica Horan starred as Kieran Cannistra in six episodes of the soap opera The Bold and the Beautiful for which she was nominated for the Daytime Emmy Award for Outstanding Special Guest Performer in a Drama Series.

Afterward, Horan guest-starred as Anna Ferguson on a season 8 episode ‘The Confirmation’ of The Middle. The next year, she starred with her husband Philip in 3 episodes of the travel documentary Somebody Feed Phil.

Later, in 2019, she guest-starred as Jaia in the comedy-drama series Better Things episode ‘No Limit’.

Monica receives an impressive salary of $225 K from each episode of Everybody Loves Raymond. Meanwhile, according to some sources, this actress has an estimated net worth of $10 million.

Similarly, her husband Philip has an estimated net worth of $75 million.

There is no rumor and scandal about Monica. Meanwhile, she has managed to keep herself out of any controversy and rumor. She is doing great in her career.

Monica Horan is 5 feet 6 inches tall and weighs 58 kg. Similarly, she has blonde hair and hazel blue eyes. Her body measurement is 33-25-35 inches.

Similarly, she has her own website named SFTP, a national campaign that supports efforts to feed The People at the polls this election season.

Who is the new boyfriend of actress-singer Selena Gomez? Is she dating Niall Horan or Samuel Krost?

What Type Of Man Does Selena Gomez Date? Ex-Boyfriends Of The Singer And Her Relationship Timeline!