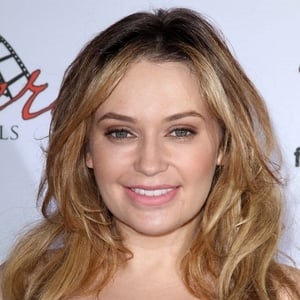 “I love being with my family, my friends, and my boyfriend.”

Monica Keena is currently single. Previously, the actress was linked to Jonathan Brandis. Unfortunately, he died on November 12, 2003. Later, she was linked with James DeBello.

Also, she was engaged with the American actor punk rock musician and songwriter, Shane West. The duo was seen together at the world premiere of Shane’s movie ‘Get Over It’ in L.A. But, the couple got separated after two years of relationship.

Then, she was romantically linked with Edward Furlong during the filming of ‘Night of the Demons’. But the relationship ended in 2013 due to internal conflict between them.

Who is Monica Keena?

Monica Keena is an American actress who is well known for her leading role as Lilliana Lilli Hoffman in the film ‘Snow White: A Tale of Terror’ in 1997. She has made numerous appearance in television and films in her career.

She was born on May 25, 1979, in Brooklyn, New York, USA. She is currently 39 years old. Her mother’s name is Mary(nurse) and her father’s name is William Keena(financial sales manager). She has got an older sister, Samantha, with whom she grew up. Her hobbies include dancing, singing, acting, and drawing.

Monica holds American citizenship but her ethnicity is unknown.

She attended a progressive private school, Saint Ann’s School in Brooklyn Heights. Then, she auditioned for LaGuardia High School of Performing Arts at the age of 13. Her interest was towards the drama department but she was accepted in both the dramatic and the vocal arts departments. And, she graduated from there with a 4.0 GPA.

During her classes at LaGuardia, she debuted her acting career from a short film ‘Burning Love’. She landed her first big screen movie ‘While You Were Sleeping’ as a teenager in 1995. After that, she was featured in the film ‘Law & Order’. Later, she portrayed the character Abby Morgan on ‘Dawson’s Creek’ from March 1998 to May 1999.

Then, she appeared in several TV and film projects like ‘Bad Girls from Valley High’, ‘Long Distance’, ‘Man of the House’, ‘Grey’s Anatomy’. Kenna played the character Celina in the film ‘Left in Darkness’ in 2006. She appeared in the movies like ‘Brooklyn Rules’, ‘Loaded’, ‘The Narrows’, and ‘Night of the Demons’ from 2007 to 2009.

Along with acting, she performed voice roles in the sitcoms ‘Beavis’ and ‘Butt-head’ in 2011. After a year, she featured in the films ’40 Days and Nights’, and ‘Aftermath’.

Her recent roles include the character Dr. Sweetie Jones in the film ‘The Ghost and the Whale’ in 2015. After that, she has not appeared in any films.

She has an estimated net worth of around $500,000 which she earned from her acting career. However, her salary and income are under review.

Talking about scandals, she reported her previous boyfriend, Edward for domestic violence and filed a restraining order against him in court. After several attempts, the duo finally broke up in 2013.