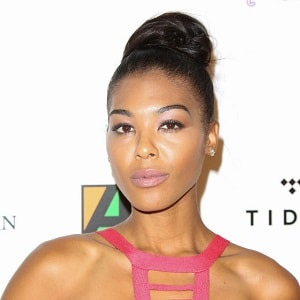 Moniece Slaughter is currently dating her female co-star AD Diggs. She previously dated Tank and she was pregnant at the age of 19. But, she did abortion because of the age gap of 11 years and they separated.

Later, she dated rapper Lil Fizz and welcomed a son named Kamron David Frederic in 2010. But, they reportedly separated in 2015. Also, she dated Rich Dollaz, who was a founder and owner of Dollaz Unlimited and got engaged but they also ended their relationship in 2016.

Who is Moniece Slaughter?

She was born on March 4, 1987, in Los Angeles, California. She is 29 years old and her zodiac sign is Pieces. She was given a nickname as Moniece, Kali. She holds American citizenship but her ethnicity is unknown.

Her mother’s name is Marla Thomas but her father’s name is unknown. She has a stepfather named Dave Thomas. She was grown up in music culture.

She has not revealed any information about her education history. However, it is under review.

She made her first appearance on the ‘Love & Hip Hop: Hollywood’ season one. She played the main cast of the reality show and became famous.

She then played as the main cast in the second season of the show. Moniece became famous at that time also for her relationship, engagement, and split with Rich Dollaz. She stepped out in season three of the show and came out as bisexual. She revealed she wishes to have family plans with her lesbian girlfriend and co-star AD Diggs.

Moniece has worked with Akon and Marques Houston as a songwriter and also sang the theme of America’s Next Top Model, which was another popular American TV show. She also appeared on ‘On The Set W Jasper Cole’. She became more famous after she revealed her personal life stories and her sexual orientation.

It is estimated that she has a net worth of around $1.7 million and her main source of income is from her professional career.

She along with a female co-star AD Diggs is rumored to be planning on having a baby together.

She has a slim body with a height of 5 ft. 7 inches. Her body measurement is 34-24-36 inches. She has light brown eyes and black hair.