Montana Jordan’s current relationship status is possibly single. To date, he has not introduced anybody as his girlfriend or lover. 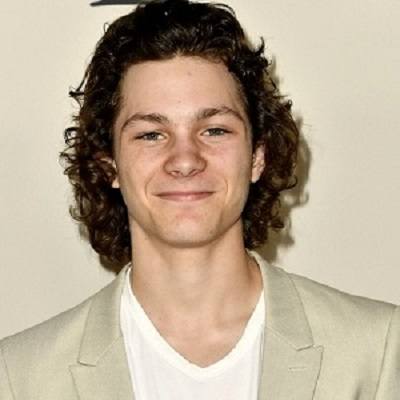 Who is Montana Jordan?

Last, in 2020, he made his appearance in the 4th season of the series, Young Sheldon.

Montana Jordan was born on 8th March 2003 in Longview, Texas. He is of Mixed (British, French, Germanic, Polish and Slovenian) ethnicity with Spanish and Hungarian roots. His family moved to Ore City where he was raised.

He happens to be the youngest child to his parents; Kelli Pieratt Smith (mother) and Tony Jordan (father). His mother, Kelli is a professional teacher. At the age of 5, he started riding dirt bikes. Also, played for the Ore City Rebels as a football player.

Moving to his academics, he is a high school student. Also, he happens to be the topper of his class. In High School, he discovered his passion for acting. However, details regarding his school are not available.

Jordan started his career as an actor with the comedy-drama, The Legacy of a Whitetail Deer Hunter. In the movie, he portrayed the character of Jaden Ferguson. The movie was directed by the director, Jody Hill. For the role, he gave an audition among 10,000 applicants.

In the year, he featured the TV series, Young Sheldon. In the CBS sitcom TV series, he played the character of an outwardly confident teen boy, George Cooper Jr. As of now, the show is continuing its fourth season. For the character, he received a nomination for Young Artist Awards for supporting teen actors.

Besides that, he has made his appearance in TV series including The Big Bang Theory, Stars in the House, and The Talk.

Montana Jordan has blue eyes with auburn hair. He stands at a height of 5 feet 4 inches and weighs around 55 kgs.

Talking about his appearance, he has a charming persona with square-faced facial features with a sharp jawline.