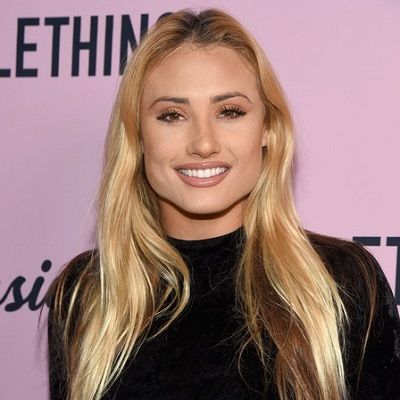 Montana Tucker dated Adam Sevani in the year 2008. Then, she had a short-termed romance with singer, songwriter, dancer, and actor, Chris Brown, in 2016. Currently, this singer is single and is focussing on her career.

Who is Montana Tucker?

Montana is an American singer, songwriter, actress, and dancer. Tucker began her career in the entertainment industry at an early age. Likely, Tucker appeared in several TV shows such as the ‘E-Venture Kids.’ At the age of 13, Tucker stepped into the field of dancing, and music. She started as a backup dancer for Ashanti and Ashlee Simpson.

Montana Tucker was born in Boca Raton, Florida on January 18, 1993. Her father’s name is unknown and mother’s name is Michelle Tucker. There is no much information about her family and her childhood.

She has one sister, but her name is unknown. Montana holds American citizenship, but her ethnicity is unknown. Her birth sign is Capricorn.

Talking about Montana’s educational history, there is no information about her educational achievements.

Talking about her profession, Montana Tucker began her career at the early age of 8, when she started taking up offers for modeling. Likewise, Tucker acted in commercials for major brands such as ‘Ovaltine,’ ‘Sketchers,’ ‘BMW,’ and ‘Wendys.’ She did several TV shows, and music videos too.

Additionally, Tucker was part of the kids’ show, ‘E-Venture Kids,’ which was aired on the ‘PBS’ network. It was a travel and adventure show, for kids aged 7 to 14. Tucker also appeared on the show alongside other child artists such as Matthew Underwood, and Ariana Grande. She appeared in shows such as ‘The Ally and Jack Show,’ ‘Inside Edition,’ and ‘Newly Weds: The Nick and Jessica Show.’ Tucker performed in several ‘Telemundo’ shows, including ‘The Roof,’ and ‘Que Pasa USA.’

At the age of 13, Tucker featured as a backup dancer for Ashanti and Ashlee Simpson. Soon, Tucker rose to become a featured dancer. She was featured with Chris Brown, in the show, ‘My Super 18.’ It was telecast on the ‘MTV’ channel.

In the year 2007, Montana Tucker started her solo career as a singer. She gave her first public performance at the ‘2007 Super Bowl’s VIP NFL’ party. In fact, she did opening acts for popular artists such as Pitbull, Ciara, Flo Rida, and Lil Wayne. Tucker performed with Flo Rida, and Rick Ross, at the red carpet event held for celebrating the opening of Ross’s restaurant. She performed the National Anthem, at the ‘Hula Bowl,’ ‘Miami Heat’ and ‘Florida Panther’ games. Eventually, Montana has released several single tracks, which are highly popular.

Similarly, she received vocal training from the celebrity vocal coach Betty Wright. She also received training in Hollywood, from Gary Spatz. Moreover, she was trained in hip-hop, from Shane Sparks, and Chuck Maldonado. Therefore, Tucker practices her dances at the ‘Millennium Dance Center,’ in Los Angeles.

There is no information about her net worth. Montana Tucker has done endorsement work for a number of popular brands which include the likes of Ovaltine, Sketchers, BMW, and Wendys.

She has also either endorsed or promoted a variety of brands through social media which include the likes of DIOSA by Seco, Dolls Kill, FILA, ADINA’S JEWELS, BFYNE, GO GET GLITTER, SugarBearHair, White Fox, REVOLVE, Harley-Davidson, Forever21, H&M, Moschino, Bumble, and good hYOUman.

Montana Tucker was rumored to have a fling with actor Tequan Richmond in the past. Currently, she is far from rumors and controversies.

The ‘seductress’ Blac Chyna: Her volatile relationship with Rob Kardashian, her representative emojis, and her ulterior motives! Read all of it here!