Montel Williams is an actor, host, TV personality. Montel is married to Tara Fowler and has four children. 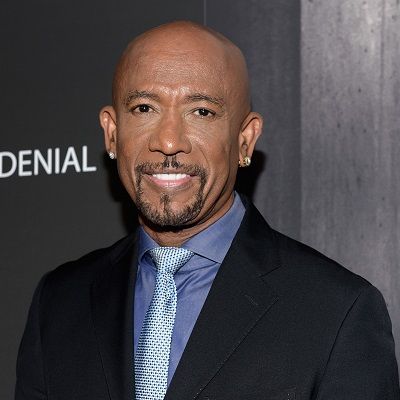 This disease is not going to stop me. We don't know how long I've had it for, but I've been misdiagnosed for 10 years

Mountain, get out of my way!

Montel Williams is married to Tara Fowler on 6 Oct 2007. Tara is an American Airlines flight attendant and third wife of Williams.

They married at Tucker’s Point on the Bermuda shoreline in front of 62 friends and relatives. The bride’s maid was Montel’s daughter Maressa and the ring bearer was a toy poodle, Mr. Max.

Tara walked down the aisle by wearing a custom-made Badgley Mischka gown with a 57-carat diamond bracelet.

The second marriage of Montel was with an actress and writer Grace Morley. They exchanged vows on 6 June 1992 and had two kids, Montel Brian Hank Williams (1993), and a daughter, Wyntergrace (1994).

But their marriage lasted only for eight years and divorced on 30 Oct 2000.

Once Dated the Vice-President, Kamala Harris

Montel tweeted that he and Kamala Harris who is now the vice-president of America had dated in 2000. The tweet took the internet as the news was quite shocking for some of Kamala’s followers.

Who is Montel Williams?

In Oct 2019, Montel was seen in an episode of The Resident.

He was born as Montel Brian Hank Williams on July 3, 1956, in Baltimore, Maryland, US. His mother is Marjorie Williams and his father is Herman Williams Jr. who became the first African American Fire Chief in 1992.

Montel’s ethnicity is All-American. He has a sister named Clolita Williams and other four siblings.

Talking about his education, he attended Andover High School in Linthicum, Maryland. Then he graduated in BS was completed from United States Naval Academy, Maryland, US.

As a radio host, Montel hosted Montel Across America from April 2009 till Jan 2010. He also hosted a TV commercial show Informercial in 2009.

In 1991, Montel started his talk show named The Montel Williams Show. It was originally aired by the Syndication network. The show mainly focused on the controversial and sensationalistic subject matters.

This show has a total of 17 seasons with 4325 episodes. Montel was the host as well as the producer of this show. Its last episode was broadcast on Jan 30, 2008. This show was named as the longest-running daytime tabloid talk show.

Montel appeared in show Jag (1995-2005) but only for three episodes. He has played the role of Lieutenant Curtis Rivers.

Williams also appeared in a movie like The Peacemaker in 1997. The film was about action and Montel’s character’s name was Lt Col Northrop.

Sylvia Browne who is a self-declared psychic used to regularly appeared in Williams’s show. This association was criticized in Feb 2019 by fellow retired military officer Hal Bidlack.

Montel has shaved head with black eyes. His height is 6 ft 2 inches and weight is 84 kg. The goatee and earring of Montel made him different from other actors.