Monty Lopez is an American internet personality. Monty is married and has three kids. His daughter Addison Rae is an internet sensation. 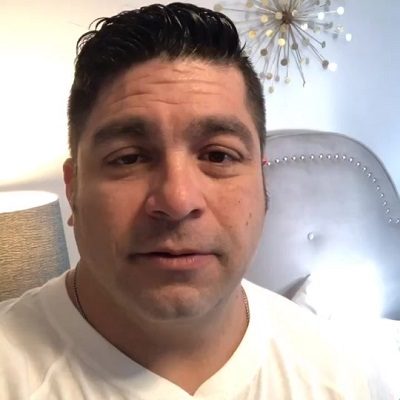 Monty Lopez is married to Sheri Easterling. Sheri is a traveler.

Together they have three children including two sons and a daughter, Addison Rae.

His Instagram posts suggest that he loves his wife and children very much and likes to spend more time with them as possible.

Who is Monty Lopez?

American Monty Lopez is a TikTok star. Lopez is renowned as the father of TikTok sensation, Addison Rae.

Currently, he is associated with William Morris Endeavor as an actor.

Monty Lopez was born on the 24th of November 1975 in the United States. He is of Spanish ancestry.

In January 2007, he started his career as a General Manager at Atchalaya Homes in New Iberia, Louisiana. He left the company after 5 years and 8 months.

Soon after that, in January 2013, he joined Oak Creek Home Center as General Manager. Later, in July 2014, he was associated with Clayton Homes as a general manager. Currently, he is an actor at the Wiliam Morris Endeavor in Los Angeles.

He expanded his career as a TikTok star in 2019. He is active on TikTok with the handle, @montyjlopez. During the winter of 2019, he posted his first TikTok video featuring his Bulldog. The very first post on TikTok earned 104.2k views with 4k likes. His first video inspired him to make such videos.

Following the video, he made a duet along with his daughter, Addison Rae. The video earned 169.6k views with 9.9k likes. Such videos gripped the attention of many people. With a very short span of time on TikTok, he has earned 531.2k followers with 10.6 million likes.

In the course of making TikTok videos, he has collaborated with TikTok personalities like Lopez’s brother, Tony Lopez and Ondreaz Lopez.

The TikTok star has not been through any sort of controversy that creates a buzz in the media.

Everything You Need To Know About Caro Colon; Trey Songz’s Baby Mama!