Moon Bloodgood is married to Grady Hall. They welcomed their first child on December 15, 2012, and named her Pepper, and later welcomed Archie on December 19, 2015.

Previously, she dated actor Eric Balfour in November 2004 and got engaged on April 24, 2005. But the relationship did not go well and separated in 2007.

She had a brief relationship with actor Jeffrey Donovan in July 2009 but the reason for their separation is still unknown. 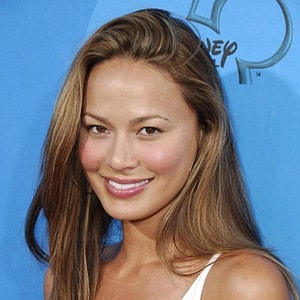 “I enjoy eating and have no issues with eating. I am not going to be one of those girls who have to watch her weight.”

Who is Moon Bloodgood?

Moon Bloodgood is an American model and actress. She is famous for her role as Lt. Blair Williams in ‘Terminator Salvation’(2009), and Anne Glass in the TNT television series ‘Falling Skies’.

She was born on in Alliance, Nebraska, the U.S.A. on September 20, 1975. Her birth name is Korinna Moon Bloodgood. She is currently 46 years old.

She has got an older sister and a paternal half-brother. She never wanted to be an actor while growing up. She holds American citizenship and her ethnicity is a mix of Dutch, English, Welsh, and Irish.

There is no information about her educational background. However, it is under review.

She portrayed the role of Rita Shelton in ‘Day Break’ from 2006 to 2007 and starred as Livia Beale in the American science-fiction television series ‘Journeyman’ on NBC.

Moon joined the third season of the show ‘Burn Notice’ in a recurring role as Detective Michelle Paxson in early 2009. She played the role of Dr. Anne Glass from 2011 to 2015 in TNT’s science fiction series ‘Falling Skies’.

She gave her voice to Uriel the Archangel in the video game ‘Darksiders’ and was added as a series regular to the third season of the medical drama ‘Code Black’ in 2017.

She was awarded the Special Jury Prize for dramatic ensemble acting in ‘The Sessions’ in 2012.

It is estimated that she has a net worth of around $3 million and her average salary is $360,000 per annum.

There was a rumor about her death on the internet but it was reported as a complete hoax.

She has a height of 5 ft. 10 inches and weighs 60 kg. She has got light brown hair and dark brown eyes.