Moon Ga-young’s relationship status at present, is possibly single. She is focused on her career and has not revealed the details of her affair or boyfriend. 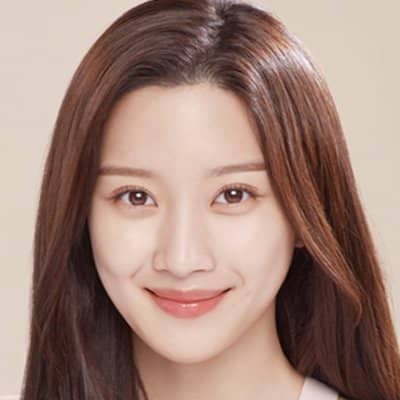 Who is Moon Ga-young?

Recently in 202o, she was seen in a TV series titled True Beauty as Lim Ju Kyung.

She was born on 10 July 1996 in Karlsruhe, Germany. In Hangul, her name is written as 문가영. The name of her mother and her father is also behind the curtain.

She moved to South Korea in 2006. Moon’s ancestry is Asian and has an older sister.

As per her academics, she was enrolled at Pungmoon Girls’ High School and Sungkyunkwan University.

Moon Ga-young started her career in 2006 and is represented by KeyEast. Her first appearance was with a TV series named Fallen Angel, Jenny, and a movie To Sir, with Love in 2006.

She has appeared in several TV series like La Dolce Vita as Ha Na-ri, The Reputable Family as Han Dan-yi, You’ve Fallen for Me as Lee Jung-hyun, etc. Her other notable TV projects are,

Besides this, Moon also did several movies. Her latest films are Island (2015), Eclipse (2016), and Twenty Again (2016). She appeared in other big-screen projects. Some of them are,

For her amazing acting skills, she has been awarded various awards. She won MBC Drama Awards in 2018 for Tempted and Best Couple Award in 2020 for Find Me in Your Memory.

At present, from her career, her estimated net worth is around $1 million US. However, her salary and other earnings are unknown.

This Asian actress is keeping herself away from rumors and any desperate scandals.

Regarding Moon Ga-young’s body features, her height is 5 ft 7 inches and her body weight is 46 kg.

Moreover, her eyes are dark brown and her hair color is black. She has a fair skin complexion.