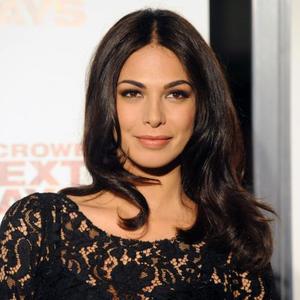 I like a guy who's sarcastic, serious, sensitive - even just silent. But you have to do it at the right times. That's sexy. To me, it reflects intelligence

My dream was to study psychology in Israel. It's a long journey - it's seven years of study.

Moran Atias has been in relationships with Valerio Morabito (2005) and Flavio Briatore.

Atias has had an encounter with Adrian Mutu (2004). Moran Atias is currently single.

Who is Moran Atias?

Moran Atias is an Israeli actress. She gained fame in the Italian films Gas, Oggi sposi, and Mother of Tears. Atias is best known for her work with Paul Haggis in the 2008 TV series Crash and the 2013 film Third Person.

She also starred on the FX television series Tyrant.

Atias was born Moran Atias on April 9, 1981, in the city of Haifa in northern Israel, to Israeli-born parents of Moroccan Jewish descent. There is no information about her parents and her educational background.

Her plan to serve in the Israeli Defense Forces was frustrated by a diagnosis of meningitis at age 17. She pursued modeling, instead, in Germany and then Italy.

Atias first appeared on television when she was 15, starring in the Israeli youth program Out of Focus. Her first known appearance was in 2005. That year, she appeared in Gas, Kdam Erovizion and Days of Love. Shnaim and The Roses of the Desert followed in 2006. From 2006 to 2007, she also appeared in the TV series TRL Italy, and in Quelli Che… il Calcio from 2006 to 2009.

In 2007, Atias played Mater Lachrymarum in Mother of Tears, and herself in the TV series Mo’adon Layla. She had an uncredited role in the movie You Don’t Mess with the Zohan in 2008. From 2008 to 2009, she played the role of Inez in twenty-six episodes of the TV series Crash.

In 2009, she played the character of Elisabetta in t he TV series Good and Evil, Pakuni Woman in Land of the Lost and Alopa in Just Married. That same year, she also voiced the character of Commander Vera Belova in the video game, Command & Conquer Red Alert 3 – Uprising.

In 2010, Atias appeared as Marina Garito in the TV series CSI: NY, Ronit in Honor, and Erit in The Next Three Days. That same year, she also appeared as herself in Matzav Ha’Uma and The 2010 World Music Awards. Rules of Engagement, CSI: Miami, and White Collar, followed in 2011.

Moran Atias: Salary and Net Worth

She has a net worth is $4 million but her salary is not revealed yet.

There are no any significant rumors and controversies regarding Atias till date.

Moran has the height of 5 feet 9 inches. Her body weighs 65kg. She has black hair and dark brown eyes. Her bra size is 34C, shoe size is 9 US and dress size is 8US. Furthermore, her body measurements are 37-26-37 inches.