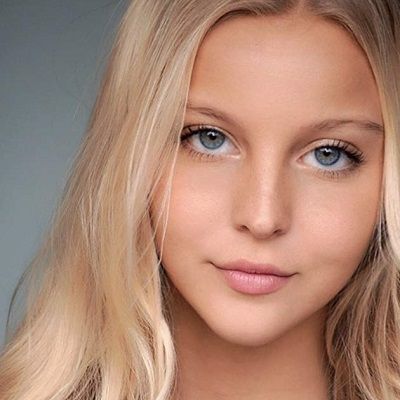 Morgan Cryer is in a relationship with Tristan Waite. She has uploaded a few photos together in social media site, Instagram.

She is currently living in Los Angeles, California, United States.

Who is Morgan Cryer?

Morgan Cryer is an American actress and producer. She is known for The Wages of Sin, Company Town, and Insurgent.

Morgan was born on June 13, 2002, in the USA. Her mother’s name is Michelle Daniels Cryer and her father’s identity is not disclosed.

She holds Caucasian ethnicity and has an older brother named Kyle Cryer who is an actor.

Morgan appeared as a child actress in TV shows like The Bureau (2009) and American Occult (2010). She has played the characters of daycare child and rope girl respectively.

This actress was also featured in commercial advertisements. She was also seen in the music videos for MattyB’s “Guaranteed” and “The Good Life.”

Morgan was also seen playing the role of young Rebecca in The Wages of Sin which is a short drama in 2016.

Her other acting projects are Company Town (2013) as Megan and Insurgent (2015) as Erudite girl.

Morgan Cryer has blue eyes and blonde hair. Her height 5 ft 7 inches and weight is 50kg.

Morgan Cryer’s Instagram has around 233k followers and has posted over 691 posts. She mostly uploads her bikini pics on Instagram.

Her Facebook page has over 2.2k followers and was created on Oct 1, 2012. She is also active on Twitter since March 2012 and has around 1.8k followers.