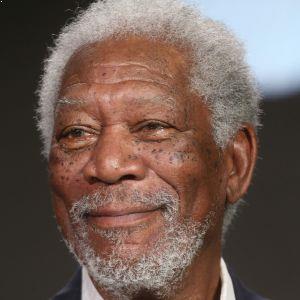 Is there a movie I think I should have won the Oscar for? Yeah. All of them.

I've been living with myself all of my life, so I know all of me. So when I watch me, all I see is me. It's boring. - on why he dislikes watching his own films.

I gravitate towards gravitas.

I don't have to work. I could stop and never have to worry about paying the rent. I'm working for the joy of doing it.

If you wake up and the snow is knee-deep outside, you are not filled with rage. It's just something that you've got to cope with. If you're living in a situation it's the only situation that you know, and you've got to deal with it.

Morgan Freeman is married twice. He was married to Jeanette Adair Bradshaw from October 22, 1967, until November 18, 1979. Later, he married Myrna Colley-Lee on June 16, 1984. The pair separated in December 2007. Eventually, on September 15, 2010, their divorce was finalized in Mississippi.

Freeman and Colley-Lee adopted Freeman’s step-granddaughter from his first marriage, E’dena Hines, and raised her together. On August 16, 2015, 33-year-old Hines was murdered in New York City.

Who is Morgan Freeman?

Morgan Freeman is an American actor, producer, and narrator. He won an Academy Award in 2005 for Best Supporting Actor with ‘Million Dollar Baby’. He has over 100 credits as an actor. Additionally, he has also won a Golden Globe Award and a Screen Actors Guild Award.

Freeman was born in Memphis, Tennessee on June 1, 1937, to parents Mayme Edna, a teacher, and Morgan Porterfield Freeman, a barber who died on April 27, 1961, from cirrhosis. Additionally, he has three older siblings.

He moved frequently during his childhood, living in Greenwood, Mississippi; Gary, Indiana; and finally, Chicago, Illinois. When he was 16 years old, he almost died of pneumonia. Additionally, he always wanted to become an actor since his childhood years and made his acting debut at age nine. He is of American nationality. Furthermore, he belongs to a mixed ethnic background of African-American, and more distant English.

Talking about his education, Freeman attended Broad Street High School. In 1955, he graduated from Broad Street, but turned down a partial drama scholarship from Jackson State University, opting instead to enlist in the United States Air Force. Furthermore, in the early 1960s, he took acting lessons at the Pasadena Playhouse in California and dancing lessons in San Francisco. In addition, on May 13, 2006, the Delta State University in Cleveland honored Morgan Freeman with an honorary degree of Doctor of Arts and Letters.

Freeman initially served four years in the military. After four years, he moved to Los Angeles, California, where he took acting lessons at the Pasadena Playhouse and dancing lessons in San Francisco in the early 1960s and worked as a transcript clerk at Los Angeles City College. In 1967, the same year he married Jeanette Adair Bradshaw, Freeman’s big career break came when he landed a part in an all African-American Broadway production of ‘Hello, Dolly!’. Since then, he has appeared in numerous other movies and television series.

Some other movies and television series that Freeman has appeared in are ‘Madam Secretary’, ‘Going in Style’, ‘Ben-Hur’, ‘Driving Miss Daisy,’ ‘Glory,’ ‘The Shawshank Redemption,’ and ‘The Dark Knight Trilogy’, ‘Now You See Me 2’, ‘American Masters’, ‘Dolphin Tale 2’, ‘Oblivion’, ‘The Maiden Heist’ and ‘Gone Baby Gone’ among others. Additionally, he also has over 15 credits as a producer and 2 credits as a director. Furthermore, in 1997, Freeman co-founded the movie production company Revelations Entertainment, including its online movie distribution company, ClickStar. In addition, he has also launched a host of charitable endeavors.

Freeman has been nominated for an Academy Award and the Golden Globe Award five different times, each time for the same film for each award. He won the Academy Award for Best Supporting Actor on ‘Million Dollar Baby’, and the Golden Globe for Best Actor with ‘Driving Miss Daisy’. Likewise, he has four Screen Actors Guild Award (SAG) nominations, and one win for ‘Million Dollar Baby’.

Freeman has not revealed his current salary. However, he has an estimated net worth of around $ 200 million at present.

Freeman was injured in an automobile accident near Ruleville, Mississippi, on the night of August 3, 2008. In addition, his passenger, sued him for negligence, claiming that he was drinking the night of the accident. Subsequently, the suit was settled. He also became part of a controversy after he criticized the celebration of Black History Month, saying, “I don’t want a black history month. Black history is American history”. At present, there are no rumors concerning Freeman’s life and career.

Talking about his body measurement, Freeman has a height of 6 feet 2 inches (1.88 m). Additionally, he weighs around 97 kg or 214 pounds. Furthermore, his hair color is gray and eye color is dark brown.

The legendary actor Morgan Freeman receives Lifetime Achievement Awards at the SAG Awards with a respect of standing ovation. Not to mention some problems with the awards that Morgan noticed!