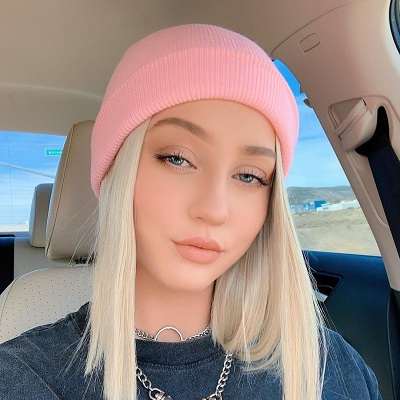 Morgan Justus is currently dating a guy named Devon Jones. The couple announced that they are dating each other in October 2020 via their Instagram post.

Prior to that, she was in a relationship with the YouTube star, Brent Rivera. Later, they broke up with each other.

Before that, she was also dating skateboarder, Jagger Eaton.

Who is Morgan Justus?

American Morgan Justus is a singer, songwriter, and model. Justus is renowned for dating the YouTube personality, Brent Rivera.

Morgan Justus was born on 25th April 2000 in California, United States. She is of Germanic ethnicity.

To date, she has not shared any details on her family members including her father, mother, and siblings. Also, details on her academics are not available.

She started her career as a cover singer with her self-titled YouTube channel. At the time, she used to work in the recording studio, OC Hit Factory.

Within no time, she made her name as a cover singer after singing the songs including Again and Figures.

Apart from being a singer, she is also a model. As a model, she has promoted clothing brands including Teen Hearts and Ama Bikinis. Besides that, she also shares pictures via her Instagram account.

She has blue eyes with blonde hair. She has a decent height and weight. However, details on her body stats are not available.

To date, she has not been part of any sorts of controversy and scandals that created headlines in the media. Besides that, she has managed to maintain distance from any sort of rumors.

She is active on Instagram with her handle, themorganjustus with 40.9k followers.

On Instagram, she is following the personalities Anastasia Karanikolaou, Khloé Kardashian, and Ashkan Ghavami.

Also, she has a self-titled YouTube channel with 885 subscribers.