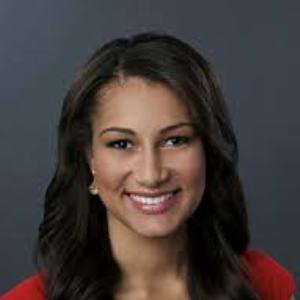 When I was 18 years old, I met a tall gangly soccer player in my college dorm named David. He had a big smile and a twinkle in his eye.

David was a senior and I was a sophomore

we would casually say hello, sometimes grab breakfast in Eliot Dining Hall, and once he even interviewed me for his senior research paper. I found this old photo — our first together — taken of us being silly that spring at our dorm’s 2007 Eliot Fête Dance.

A few months later, as he was preparing to graduate, we both signed up for the “Eleganza Fashion Show.” We were randomly paired together. We met every week to practice our steps — and between busted dance moves and attempted runway walks — we giggled and became pretty good friends.

David went off to law school shortly after, but he stayed in touch throughout the years

we grabbed dinner while I was living in South Africa, drank boba tea once I moved to New York, and he even took me for an “airport McFlurry” when I had a quick layover for a story in his hometown of Detroit.

Then in 2017, we were both selected for a conference in London. That night, we danced, made new friends — but always came back to each other. He looked me in my eyes that evening and told me this was our shot to become more than friends. Two days later he saw his cousin, showed him our picture from that evening, and said, “I just reconnected with the woman I’m going to marry.”

What is the relationship of Morgan Radford?

Morgan Radford is married to her fiance David Williams Jan. 8, 2022, in Cartagena, Colombia.

NBC Correspondent Morgan Radford is Expecting Her First Child with Husband David Williams! The baby is due in January.

She was engaged to her boyfriend, David in November 2019. David is a Detroiter. Morgan and David’s 2019 Thanksgiving was special as they decided to take their relationship to the next level.

The couple also shared this happy news via their social media handle, Instagram with their love story as the caption.

They were in the same college as junior and senior. After finishing their studies, they met in 2017 and started dating.

The couple often shares their photos on social media.

Who is Morgan Radford?

Morgan Kelly Radford is an American television news reporter. She is currently working as an NBC News Correspondent.

Morgan Radford was born in the year 1987 on November 18. As of 2021, she is 33 years old. She was born Morgan Kelly Radford in Greensboro, North Carolina.

Morgan was born to her mother Lily Kelly-Radford but there is not much mentioned about Morgan Radford’s father. Her grandmother is from Jamaica and had migrated to the USA.

Her grandfather was a worker at the railroads. Morgan is American by nationality and is of mixed ethnicity; Cuban-African-American.

Morgan has not shared any details about her childhood. So there is no information about her interests, childhood days, and facts about her early life.

Morgan studied at Grimsley High School. She was a bright student and topped her class. She attended Duke University for a year but switched later to Harvard University.

In May 2009, Morgan completed her graduation from Harvard University and obtained a Bachelor’s degree in Social Sciences with foreign language citations in French and Spanish. Morgan went on to do her Master’s in Broadcast Journalism from Columbia University in 2012.

She did an internship at CNN with the show ‘Morning Express with Robin Meade’. She was a recipient of the Fullbright Scholarship and taught English at Durban, KwaZulu Natal, South Africa.

During the 2010 World Cup, Morgan was a production assistant with ESPN. After completing of her Master’s degree, Morgan joined the ABC channel as a fellow in 2012. She started as an anchor on ABC News Now.

In 2013, Morgan Radford shifted to Al Jazeera America to work as an anchor and correspondent. Morgan used to anchor the former Weekend Morning newscast. In September 2015, Morgan joined NBC News.

Morgan is seen on Today Show, NBC Nightly News, and MSNBC. She has provided reports about the deadly floods of West Virginia, lead presence in the water at Newark public schools, and the death of the American malls.

Morgan has covered a number of events of national and international importance.

She earns a decent amount of money through her job. Her net worth, it is estimated at $1 million.

An average salary of an NBC reporter is estimated to be $67,500.

Morgan has a height of 5 feet 5 inches. Her other measurements are 34-25-35. She has black hair color and her eye color is also black. Her weight is not known.

What happened to Morgan Radford?