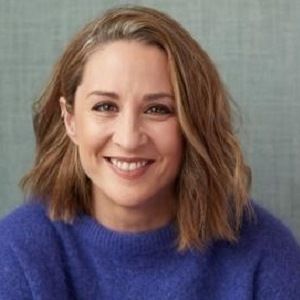 Morven Christie is a divorced woman. She married film director Scott Graham in 2012, but the marriage didn’t last long and they got divorced in 2015. Morven has been keeping a low profile.

It seems like she doesn’t want her personal life to be a talk of the town and now, she is not committed to any love relationship. The actress is enjoying her own company and is just self-sustained and independent women.

Who is Morven Christie?

Morven Christie is a Scottish actress, who is not afraid to play unlikable characters. This actress is popular for playing Amanda Hopkins in the ITV drama Grantchester and Alison Hughes in the BBC drama The A Word.

Morven Christie was born in Helensburgh, Scotland on September 1, 1981, and she is currently 37 years old. She grew up in Glasgow and Aviemore. She has not opened the details of her parents in the public.

There is no information about her siblings. Morven holds Scottish citizenship, but her ethnicity is unknown. Her birth sign is Virgo.

Talking about Morven’s education history, she joined and graduated from the Drama Centre London. As soon as she graduated, she started her professional life.

Talking about her career, she started her professional life in 2004 and worked on stage, film and television drama. During 2006, she played Juliet and Hero for the Royal Shakespeare Company in their Complete Works season.

Likewise, in 2008 Christie was also cast in Sam Mendes‘s first Bridge Project theatre company, playing Anya in Tom Stoppard’s new adaptation of The Cherry Orchard, and Perdita in Shakespeare’s such as The Winter’s Tale which finished at The Old Vic in London, after a sellout run at Brooklyn Academy of Music in New York City and a world tour.

Among her many television roles, Morven Christie played Ellen Rooney in the 2017 BBC drama The Replacement. Additionally, she also played Amanda Hopkins in the ITV drama Grantchester for its first three seasons, Alison Hughes in the critically acclaimed BBC drama The A Word.

During 2018 she also played Kirsten Lindstrom in Sarah Phelps’ production of Agatha Christie’s Ordeal by Innocence alongside a cast that included Bill Nighy.

Christie has most recently starred as DS Lisa Armstrong, the lead role in the ITV crime drama series The Bay, filmed through the latter months of 2018 and aired on ITV from 20 March 2019.

She was nominated for Best Actress – Television for The A Word (2016), The Replacement (2017) at BAFTA Scotland Award.

The major source of her earnings comes from her career as an actress. Working in numerous films and series, she has earned a net worth of $2 million. She is spending a luxurious life from her earnings.

The 37 years old actress has maintained her celebrity status and has not harmed any other person in her career.

Also, read the affair, salary, the net worth, controversy, and the bio of Jacqueline Pirie, Ashley Jensen, Kelly Macdonald