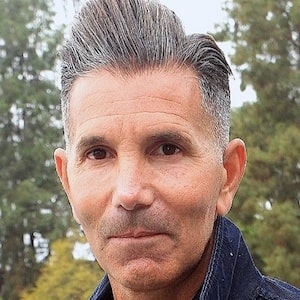 What is the relationship of Mossimo Giannulli?

Mossimo Giannulli is a married man. He has been married to actress Lori Loughlin on November 27, 1997, in Newport Beach, California.

Previously, he was married to Chris but they remained in the relationship for only five years. The couple welcomed a son named Gianni Giannulli.

His wife, Lori Laughlin was also previously married to Michael R. Burns from 1989 to 1996.

Who is Mossimo Giannulli?

Mossimo Giannulli is a famous American fashion designer, entrepreneur, and founder of the clothing company Mossimo.

The company is best known to produce clothing such as jackets, jeans, shirts, underwear, and many more.

She has a younger sibling and both of them were raised in Encino, Southern California.

He was born as Massimo but his teacher advised to change his name to Mossimo for easier pronunciation.

Mossimo holds American citizenship but his ethnicity is American-Italian.

He graduated from high school and then attended the University of Southern California.

He took architecture and business as a major but later dropped out in 1986 after three years in order to pursue his career in fashion.

He borrowed $100k from his father and founded a clothing company named Mossimo in Balboa Island in 1986. The company grossed $1 million in the first year and had a profit of $4 million by the following year.

The company grew into a multimillion-dollar lifestyle sportswear and accessories company within eight years but the company’s profit and street credibility decreased in 1996.

Mossimo Giannulli teamed with Target stores on March 28, 2000, and signed a multi-product licensing agreement for a reported $27.8 million.

The company was sold to Iconix Brand Group in an undisclosed sum in 2006 and the brand is sold in 1,700 stores within the USA. He earned from the brand until 2017.

It seems Mossimo has not been awarded and nominated for his work till date.

What is the net worth of Mossimo Giannulli?

He has an estimated net worth of around $80 million and he has earned that sum of money from his professional career.

His company earned $1 million in its first year and the company’s earnings became $76 million per year with $12 million in profits by 1996.

He tried to expand the company but he nearly lost $19 million in 1997. When the stock price topped $50, his equity stake was worth $500 million but the stock price eventually hit a low of $4.75 and eventually sold his company to Iconix Brand Group for $135 million in cash and debt absorption.

He along with his family initially lived in a mansion in Bel Air, California worth $19 million and the couple bought the house for $14 million in 2015. They listed the mansion for sale for $35 million but no takers came to buy the mansion.

He along with his wife was arrested on March 12, 2019, because of the suspect of being involved in a nationwide college entrance exam cheating scandal, regarding their two daughters’ admission to USC.

Also, they were charged with conspiracy to commit money laundering and have pled not guilty to all charges.

What are the body features of Mossimo Giannulli?

Mossimo Giannulli has a height of 5 ft. 10 inches and he has dark brown eyes and brown hair.

But, other information regarding his weight, shoe size, etc. is not available.