Posted by MarriedBiography Posted on May 14, 2021 | In Child , controversy
Share this 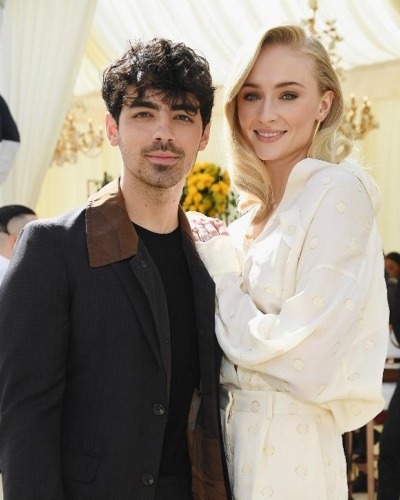 Sophie Turner is a protective mom! Recently she called out paparazzi to stay away from her infant daughter. She became furious when the paparazzi took photos of her and Joe Jonas 10-month-old daughter Willa which were published online.

Turner took to the Instagram story to call them out and said,

“I just woke up. I guess yesterday some paparazzi managed to get a picture of my daughter and I and I just want to say that the reason that I am not posting pictures of my daughter and making sure that we can avoid paparazzi at all costs is because I explicitly do not want those photos out there.”

She made it clear that her daughter did not ask for this life and would not want to be photographed. She added,

“It’s f–king creepy that grown old men taking pictures of a baby without their permission. I’m sickened, I’m disgusted and I’m respectfully asking everyone to stop following us around and stop trying to take pictures of our daughter and especially printing them.”

Also read Sophie Turner And Joe Jonas Welcomed Their First Child Together; Find out the gender and name. The Couple Is Embracing Their First Parenthood!

Turner had not given anyone permission to secretly take pictures of her daughter and post them online. She is very strict and protective of her daughter and does not want any stranger to be around her or bother Willa by taking her photographs and she has made it all clear. She hopes that such an incident would not repeat in the future and wants people to give her daughter some privacy.

Sophie Turner is an English actress who is immensely famous for her work as an actress in the all-time hit HBO Television series Game of Thrones whereby, she portrayed the main role as Sansa Stark.

She is also known for playing in a Television series The Thirteen Tale in the role of Young Adeline March. Read more bio…

Who is the best kisser according to the supermodel Paulina Porizkova?
Tags : Actress Game of Thrones