Moussa Sissoko is not a married man. But he is dating Marylou Sidibe. She is a former member of the France Taekwondo Team. Similarly, she competed in the French version of Survivor, Koh-Lanta: Malaysia, in 2012. This couple has been dating a few years now.

Likewise, she is supportive and is always seen cheering him and they have been seen together many times. 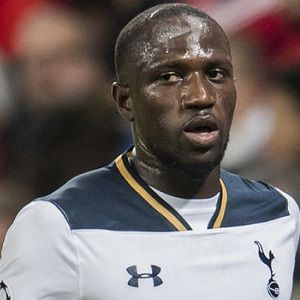 Who was Moussa Sissoko?

He was born on 16th August 1989 in Le Blanc-Mesnil, France. Similarly, he was born to Malian parents and his father was a construction worker. His mother was a housewife and he grew up along with his three younger sisters.

His nationality is French whereas he belongs to the African ethnicity. Likewise, he had an interest in football from his childhood and wanted to make a career in it.

Talking about his education, there is no information about the school, college or university he went to.

Moussa Sissoko plays as a box-to-box midfielder in the center of the pitch. Similarly, he is capable of playing in either a holding midfield role or even as an attacking midfielder or right winger. He began his football career at a young age as he played for local youth clubs in the Île-de-France region, such as Espérance Aulnay and AS Red Star 93.

In the year 2002, he moved to the south to join the professional football club Toulouse. Likewise, he spent four years in the club’s youth academy and made his professional debut in the 2007–08 season. Later, he also played in the UEFA Champions League for the first time.

Moreover, Moussa Sissoko was a French youth international and played at all levels he was eligible for. In the year 2009, he was called up to the senior team for the first time. Similarly, he made his senior international debut in a 2010 FIFA World Cup qualification against the Faroe Islands. And, he made his first international start four days later in a qualifier against Austria.

He was awarded and nominated for his performances and also helped Toulouse qualify for the newly created UEFA Europa League.

Moussa Sissoko has the estimated net worth of €10M from his football career. However, he has not revealed his salary. For signing Tottenham Hotspur he was paid £95,000 weekly. The current market value of his is more than $25.40 million. Similarly, he has an Audi RS5 car which cost around $85,495.

There are no rumors and controversy about Moussa Sissoko as he focuses on his career.

Moussa Sissoko is a tall man with a height of 6 feet 2 inches and he weighs around 83 kg. Similarly, he has black color hair and brown eyes.